Megyn Kelly’s interview with Alex Jones finally aired, and Sean Hannity had something to say about it 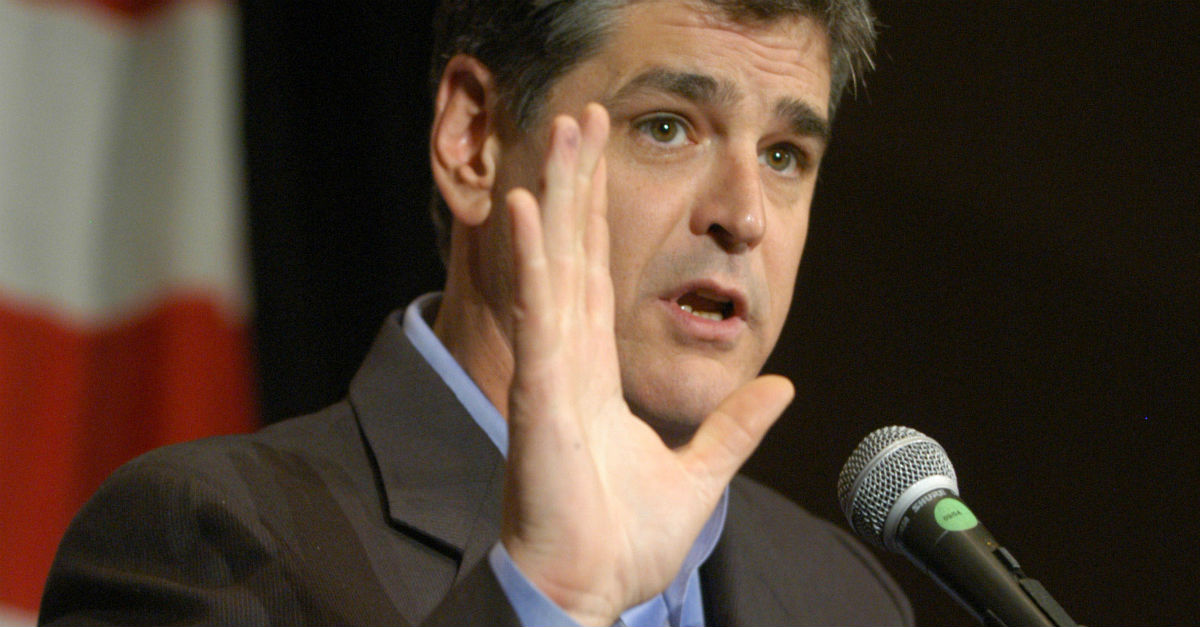 It probably doesn’t come as a great surprise that Fox News commentator Sean Hannity is defending conspiracy theorist Alex Jones over his former colleague Megyn Kelly, whose interview of the Infowars creator has caused a furor of debate over the past few weeks. Jones claims that he secretly recorded all of his discussions with Kelly as evidence, suggesting that it’s a hedge against funny business NBC might pull in the editing process of the interview.

Jones has claimed 9/11 was an inside job, perpetrated the debunked Pizzagate story — though he has since apologized for doing so — and has enraged parents of the children murdered in the Sandy Hook massacre by calling it a hoax.

Throughout the week leading up to Sunday’s airing of the interview, Jones had been busy whipping up conspiracy theories that NBC and Kelly would misrepresent him and make him look bad. He leaked audio of his pre-production discussions with Kelly, hoping to create suspicion that Kelly’s real purpose for wanting to interview him was to do a hit piece on him.

RELATED: Sean Hannity as a theory as two why a gunman targeted Republican congressmen at baseball practice

Stelter commented on Hannity’s post, saying, “Sean, you’re going to side with Alex Jones over your former colleague Megyn Kelly?”

Stelter’s comment prompted Joe Concha, media reporter and columnist for The Hill, to reply, saying, “You accused on national TV of Hannity (and Limbaugh) of rooting for the death of Hillary Clinton during the election. Where’s your evidence?”