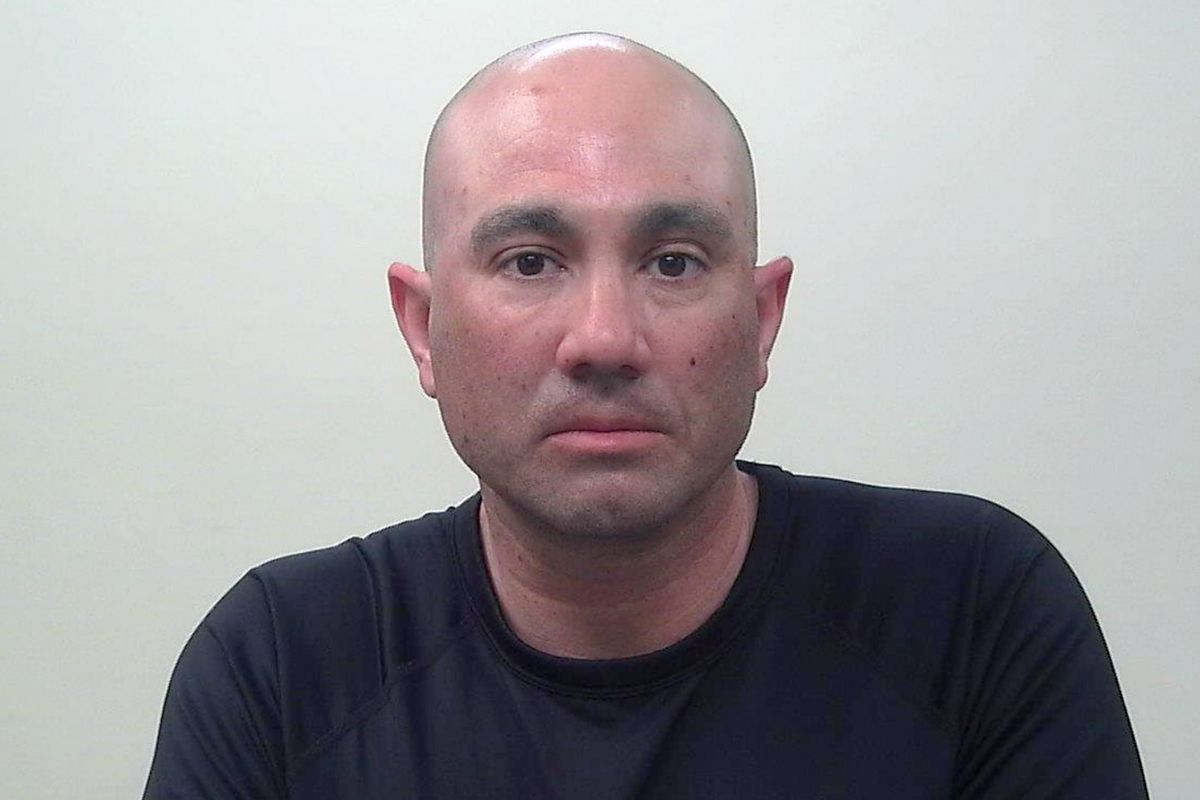 Authorities in Utah arrested a 40-year-old man after he allegedly stole his ex-girlfriend’s family dog and then set her on fire. According to authorities, Michael Paul Busico was booked into Tooele County Jail on charges of torture of a companion animal, set, arson, and criminal trespass. The Salt Lake County Animal Service reported that police received a call about a dog that had been set on fire near the town Magna.

Upon arrival, police officers found the animal, identified as a female red tick heeler, wondering in a brush with burns to her face in the body. The dog was quickly transported to a local veterinary hospital where workers determined that the animal suffered second-degree and third-degree burns to her head, hind end, pelvis, mouth, and belly. A person who witnessed the terrifying incident told the police that the suspect was a man with a shaved head who drove a green Toyota Tacoma truck.

According to the Salt Lake Tribune, police received a report of a stolen dog earlier that day. The dog’s owner told investigators that the suspect was with her dog when she left the house and both were missing when she returned home. The woman told investigators that she believed her ex-boyfriend stole her family’s dog “in retaliation of their failing relationship.” The dog’s family then contacted police after they had recognized the dog from pictures and the reported description of the suspect had matched Busico.

According to an affidavit, “Through investigation, it was found that [Busico] was in a dispute with the mother of the victim over $1,200 dollars and a past relationship that had ended, Mr. Busico specifically targeted his ex-girlfriend’s daughter’s dog.”From my training and experience, I believe that Mr. Busico was targeting the victim’s animal to directly intimidate and threaten her and his ex-girlfriend.”

In an affidavit, a police officer noted that Busico attempted to run away when officers approached him at a relative’s house, but he was then caught a hundred yards later. It is still unclear if he has obtained an attorney. The Salt Lake County Animal Service stated the dog who remains in critical condition has been reunited with the owner. Her outcome, unfortunately, remains unknown at the time, and is currently on fluids and pain medication.