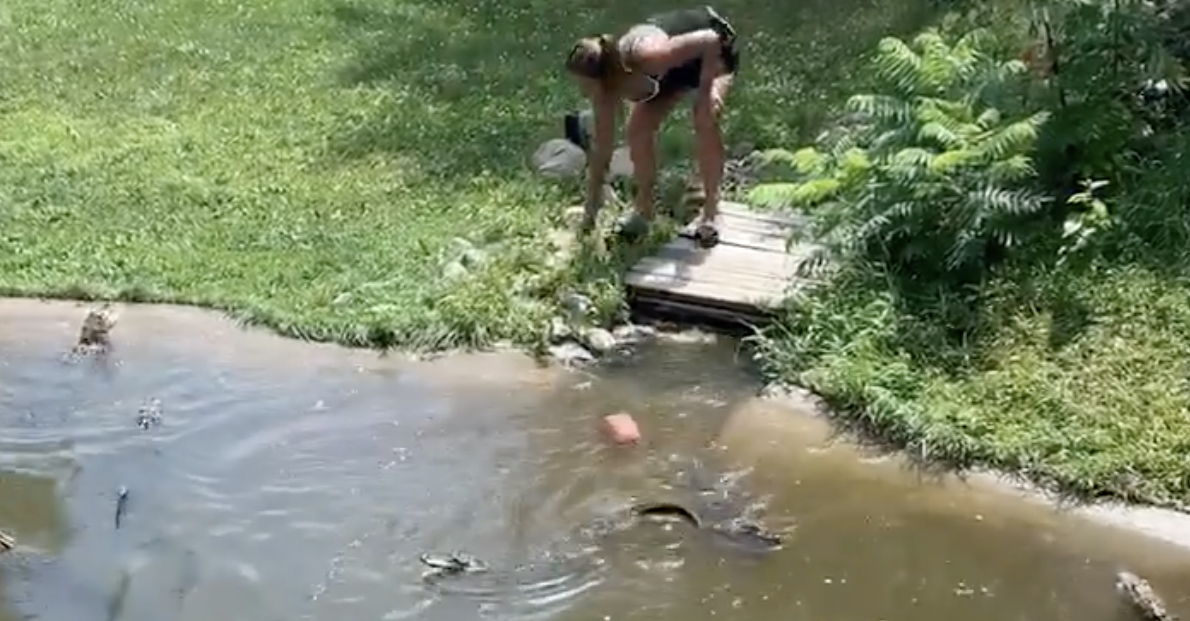 A Minnesota woman was filmed climbing into an alligator pit at the Safari North Wildlife Park in Brainerd, Minnesota with her son in tow to grab her wallet, which had been dropped in the enclosure.

Ashlynn Morris, a zoogoer who filmed the incident, posted her videos to Facebook and wrote about what she witnessed.

Went to the zoo today and a woman dropped her wallet in the alligator enclosure. So she went INSIDE the enclosure to get it as well as her child. Meanwhile shes screaming at him that it’s fault.  This was honestly the craziest thing I have ever seen.

In the videos the woman can be seen circling enclosure’s pond, which has about a dozen gators in it, trying to figure out how to retrieve her wallet. Her son, meanwhile, meanders around the pond on his own, seemingly exploring the alligator cage out of curiosity. At one point the boy tiptoes up to the edge of the water. Though the alligators are clearly not full-grown they’re more than big enough to cause serious injury.

Other children at the zoo can at one point be heard warning the little boy that he’ll get bitten if he gets too close to the water.

The woman is eventually able to retrieve her wallet by throwing rocks into the water to scare off the gators. She and her son then climb back over the enclosure’s fence, at which point she yells at her son for following her into the gator cage.

The Safari North Wildlife Park had no idea the incident occurred until the video went viral. Zoo officials said they were disturbed by the incident and if the woman is identified they say they intend to press charges against her for child endangerment.