Much needed relief comes for the wildfires in the Midwest 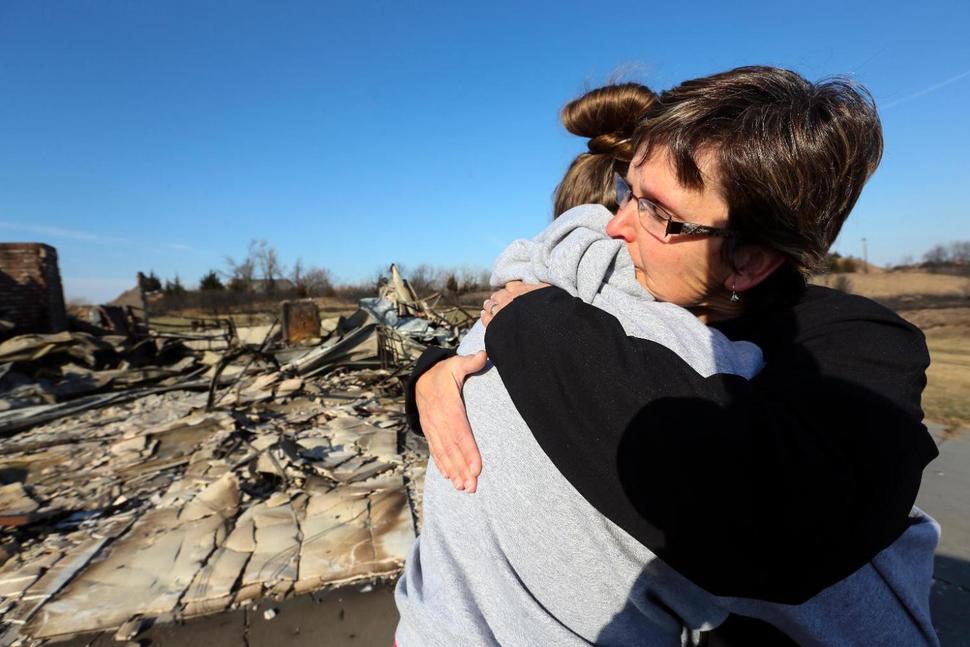 As many have heard, a wildfire recently broke out in the Midwest, originating from the border of Oklahoma and Kansas around March 7. Thousands of people had to evacuate to avoid being injured in the fire, though some remained to help and try to salvage what could be saved. Unfortunately, seven people have lost their lives in the past week, and thousands of cattle and livestock have been lost in the fire.

RELATED:What this little boy did in childlike faith to help California firefighters will melt your heart

Volunteer fire-fighters came from Colorado, Dallas/Forth-Worth and other far parts of the country to try to contain the raging fire. All told, the fire consumed about 1.3 million acres of land. That’s the heart of American farmland, where a lot of the nation’s food comes from, so it was imperative to get the situation under control. The National Guard was able to assist, with helicopters dropping loads of water from sources that could meet the demand.

As the fires have started getting under control, we have seen some seriously heartwarming relief efforts come to the aid of those that grow and produce our food. The Oklahoma Farming Bureau has paired with Loves Truck Stops to raise funds to help replenish the sorely depleted or burned up resources. Individuals are driving trucks full of water and food in to the victims of the disaster. Those who can spare them are bring much need hay bales to feed all the displaced animals as well.

The more we come together, the stronger we become. Right now we’re seeing the best of what makes us such a great country: Americans coming forward to help others in need; volunteers leaving their families and their jobs to fight for the same purpose; and racial, political and religious beliefs put aside to come to the common cause.

There are a number of ways you can help. The best, of course, is to the contact the counties directly affected by the fires to see what you can do, whether it’s donating food, water, fuel or money. The best thing to do is to reach out to those whose lives have been completely ruined by the devastating natural disaster. Unity can help heal these wounds.