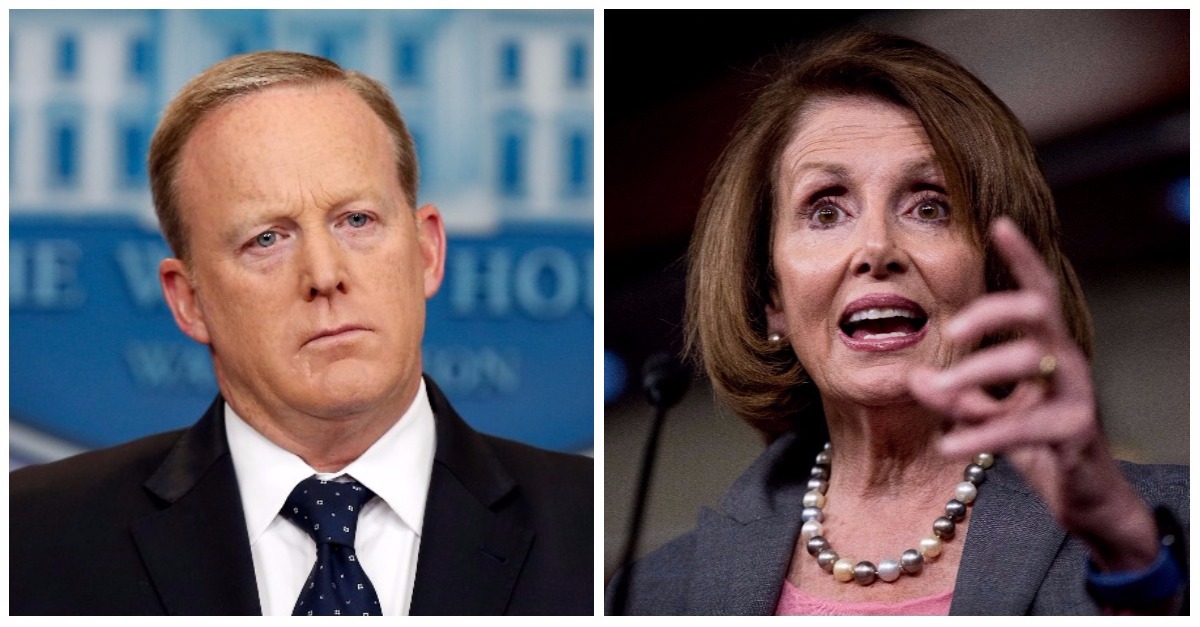 RELATED: After months of speculation, Sean Spicer is officially out of Trump’s White House

When asked for a response to the Spicer news by political reporter Casey Tolan, Pelosi responded, “I don’t even care.”

Just asked Nancy Pelosi about Spicer resignation. "I don't even care," she says.

As The Hill noted, Pelosi called for Spicer’s firing as early as April for his statement that Syrian President Bashar al-Assad had done something in using chemical weapons that not even Hitler had done.

“While Jewish families across America celebrate Passover, the chief spokesman of this White House is downplaying the horror of the Holocaust,” Pelosi said at the time. “Sean Spicer must be fired, and the President must immediately disavow his spokesman’s statements. Either he is speaking for the President, or the President should have known better than to hire him.”
RELATED: CNN retracts an anonymously-sourced Russia story, and the man at the center of it all responds

Spicer’s resignation came after news that Anthony Scaramucci, whom CNN notably apologized to for a since-retracted article, was hired as President Trump’s communication director.