China accused the U.S. of breaking international law with a Navy destroyer — here’s what we know 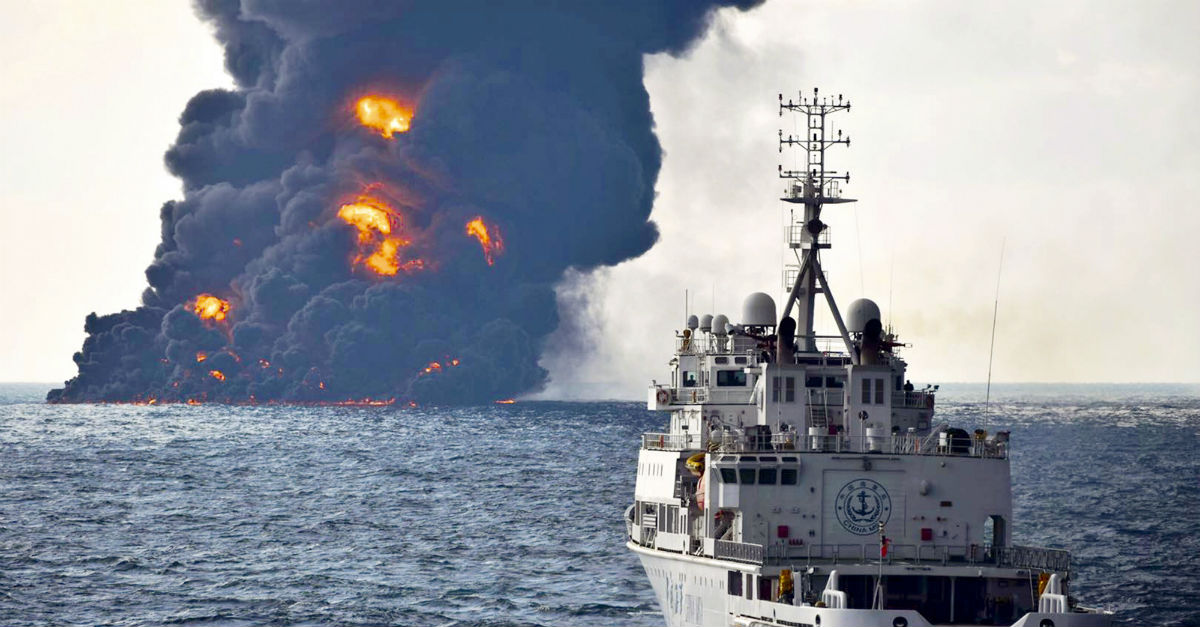 Tensions flared between the United States and China this weekend when a U.S. ship sailed into waters claimed by the Asian nation.

Beijing said that they sent a warship to drive away a Navy destroyer that had wandered into disputed waters. China said that the U.S. ship came within 12 nautical miles of Huangyan Island in the South China Sea, according to a Reuters report.

The area where the ship was intercepted is still a contested region, but China claims that it belongs to them. The Chinese defense ministry said that their ship “immediately took actions to identify and verify the U.S. ship and drove it away by warning,” per Channel News Asia. It’s somewhat unclear what the American ship, the USS Hopper, was doing in the region. The vessel has been dispatched for “security cooperation, building partner capacity, and performing routine operations within the area.”

The Chinese defense ministry pushed back on suggestions that the nation is using their presence in the South China Sea to become a military and economic competitor of the United States. A spokesperson said on Saturday that the “situation is stabilized” in the waters and that “the United States has repeatedly sent warships illegally into the adjacent waters of the South China Sea islands and reefs.”

Caught RED HANDED – very disappointed that China is allowing oil to go into North Korea. There will never be a friendly solution to the North Korea problem if this continues to happen!

Chinese ships have come under scrutiny in the past few weeks as we’ve seen evidence that the vessels are aiding the North Koreans, per a Wall Street Journal report. After Fox News picked up on the report, President Trump accused the Chinese of allowing oil to go to North Korea.