Shutdown politics tells us why most Americans hate Washington 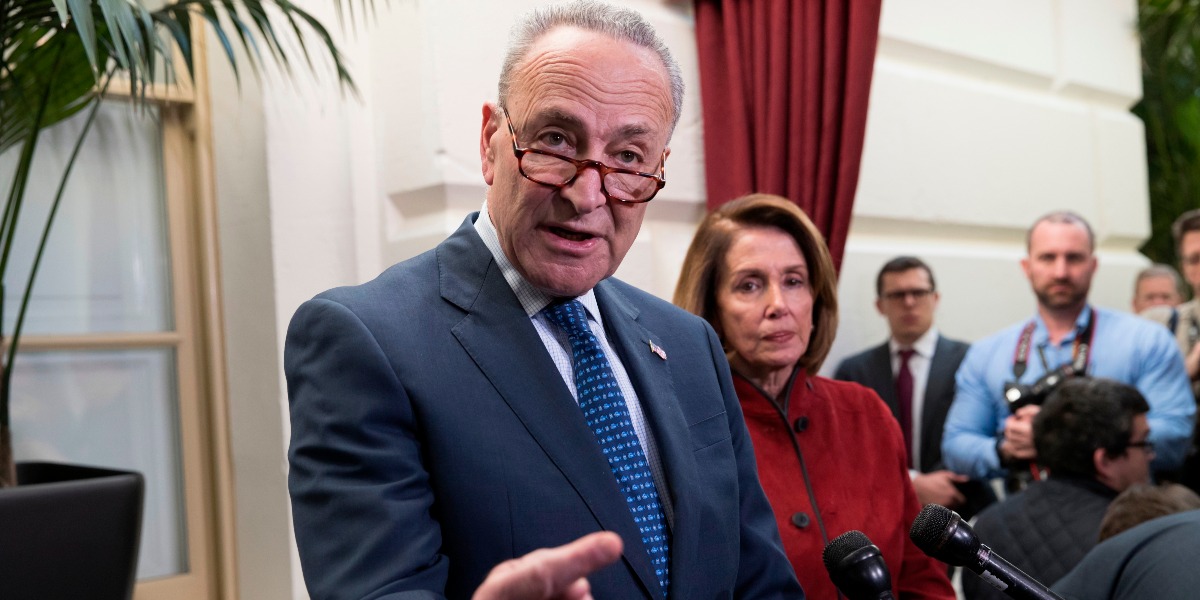 With a federal government shutdown less than twelve hours away, Senate Minority Leader Chuck Schumer trekked up to the White House in a last-ditch attempt to avert a political catastrophe. The meeting went well, according to Schumer, but not well enough. As the top Senate Democrat left the White House grounds, he remarked to reporters that there were still too many outstanding issues between them to arrive at a compromise.

The shutdown clock, meanwhile, kept ticking. Once the Senate failed to muscle a House-passed funding bill through at 10:15 pm, it was a waiting game until midnight, when the government ran out of money to function.

Lawmakers were working to the very end to keep the lights in Washington on, but we should be under no illusions whatsoever about what is going on here. Republicans and Democrats spent just as much energy on setting up one another as the scapegoat for a shutdown as they did in trying to prevent one.

And that, in a nutshell, is why the American people are so disgusted with Washington in general: it?s all about politics, finger-pointing, and blame-gaming, not about the things that actually matter. With the nonsense going on in the Beltway right now, is there really any wonder why 25 percent of Americans surveyed in an NPR/PBS/Marist poll have any confidence in Congress at all?

How did we get to the political mess that we are in right now? Ask this question to congressional Republicans, and it?s because Democrats like Sen. Schumer and House Minority Leader Nancy Pelosi are catering to left-wing extremists in the party and holding the federal government hostage in order to get a permanent fix to the Deferred Action for Childhood Arrivals (DACA) program – the Obama-era policy that provided young immigrants brought to the U.S. illegally as children with some temporary legal protection. Senate Majority Leader Mitch McConnell made a show of this on the Senate floor earlier in the day, arguing that it is ?completely unfair and uncompassionate for my Democratic colleagues to filibuster government funding, harm our troops, and jeopardize health coverage for nine million children because extreme elements of their base want illegal immigration to crowd out every other priority.?

Ask the same question to Democrats, and you?ll get vastly different reasoning. The Republicans, they say, are the governing party. They control the White House, the House, and the Senate, and yet the government is still on the brink of closing up shop. Trump has been so erratic about what he is willing to accept in a funding bill that even Republicans aren?t sure where the president?s head is at. How, Democrats ask, are we supposed to negotiate with our Republican colleagues if the Republicans can?t even unify around a common position?

To most Americans, none of this matters. In the end, they don?t particularly care which politician is in the right and who in the wrong, which party will shoulder the blame for a shutdown, or how a shutdown will impact the midterm elections this November. All of this is Washington gobbledygook, a political game being played at the country?s financial expense. Shutdown politics make the mightiest and wealthiest nation in the world look like a laughingstock at a time when Washington under Trump?s tutelage is already viewed as a dumpster fire.

How on earth will lawmakers be able to fix America?s dilapidated roads, rail systems, bridges, and airports or reform a pathetically broken and outdated immigration system if they can?t even perform the most basic job of funding the government? Surely, assuring federal employees aren?t sent home without a paycheck for days or even weeks on end is the least Congress can do.

Hopefully, our better angels will prevail and Republican and Democratic leaders will realize – sooner rather than later – that closing the government down makes them all look terribly incompetent. Hopefully, after a fiscal remedy is prescribed, an immigration reform or DACA bill will finally be out on the floor for a debate and a vote weeks later. And, hopefully, both parties will have the gumption and common sense to settle on long-term appropriations so agencies like the Pentagon and the State Department can have some predictability in the years ahead.

The key word, unfortunately, is ?hopefully.? As dysfunctional as Washington is at the moment, we?d be lucky if federal employees just return to work on Monday.