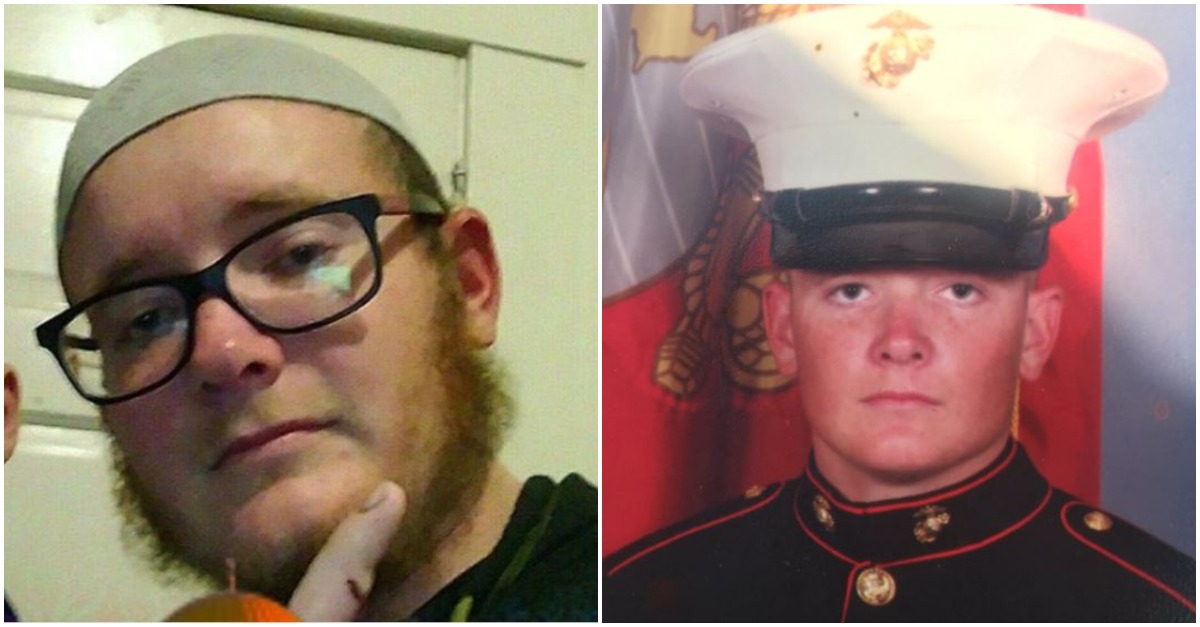 On Friday, police in San Francisco arrested 26-year-old Everitt Jameson after uncovering a plot to bomb Pier 39, a popular shopping center and tourist attraction in the city.

The Modesto native was charged with providing support to a terrorist organization and authorities say that the FBI began keeping tabs on him in November after he wrote pro-Jihadi posts on Facebook. Eventually, undercover agents made contact with him, and at one point, he praised the New York City terrorist attack in October, NBC reports.

Suspect in thwarted Pier 39 terrorist attack then and now. Everitt Jameson discharged from US Marine Corps for not disclosing asthma history pic.twitter.com/37JmYTZyFn

According to court documents, Jameson told agents that he planned to go to Syria and fight with ISIS but also indicated that he had no escape plan because he was “ready to die.” He also reportedly asked for help obtaining bomb-making materials and a semi-automatic rifle; he planned to carry out his attack on Christmas.

Eventually, he seemed to walk back his fanatical beliefs, saying that he didn’t think he could carry out the plot. But when authorities raided his home, they found a number of incriminating items, including three guns and a suicide letter in which he called the United States “nationalistic” and “godless.” He was also angered by Trump’s move to recognize Jerusalem as the capital of Israel.

Photo of Everitt Jameson, the Muslim convert who planned to attack Pier 39 in San Francisco. This is part of the note found at his home: “I Abdallah Everitt ibn Gordon have committed these acts upon the Kuffar, in the name of Dar al Islam [the Muslim world], Allahu Akbar!” pic.twitter.com/lFwOaX9nqr

Jameson briefly served in the Marines in 2009 and qualified as a sharpshooter, but he was discharged because he didn’t mention his asthma history when he enlisted. In his suicide note, he also criticized the United States military, per CNN.

Authorities say that there’s a chance that Jameson’s cold feet might be the result of a slip up on the part of the FBI — an agent in Washington D.C. dialed Jameson’s number by accident, and the would be-terrorist returned the call. It went to voicemail and identified the agent’s name but not his agency. Two days later, Jameson waffled on his conviction to kill Americans.

RARE POV: On Politico?s Hezbollah conspiracy story, letting politics get in the way of evidence

When he appeared in a Fresno court Friday, represented by a public defender, he denied the charge. If found guilty, he faces up to 20 years in prison.

You can read the full court documents here.