Videos posted on social media showing newborn babies being welcomed into the world with middle fingers, name-calling like “mini Satans” and being made to dance to 50 Cent’s “In Da Club” has Navy hospital staffers facing “military justice.”

Action News Jax obtained exclusive video on Monday night showing one staffer making a newborn dance to a rap song, as well as a photo of another staffer putting up the one-gun salute, otherwise known as the middle finger.

In that Snapchat post — yes, all of this inappropriate activity was to amuse strangers on an app — the staffer also called babies “mini Satans,” hardly the kind of thing parents want to see.

“We are aware of a video / photo posted online. It’s outrageous, unacceptable, incredibly unprofessional, and cannot be tolerated. We have identified the staff members involved,” a message posted on the hospital’s Facebook page last night reads. “They have been removed from patient care and they will be handled by the legal system and military justice. We’re in the process of notifying the patient’s parents.”

The response by the hospital has been reacted to more than 10,000 times in 12 hours.

RELATED: These nurses on call ordered a pizza, but what was written on their receipt will make your jaw drop

The role of the employees at the hospital is not clear at this time. They were not named, only referred to as “staff members.” 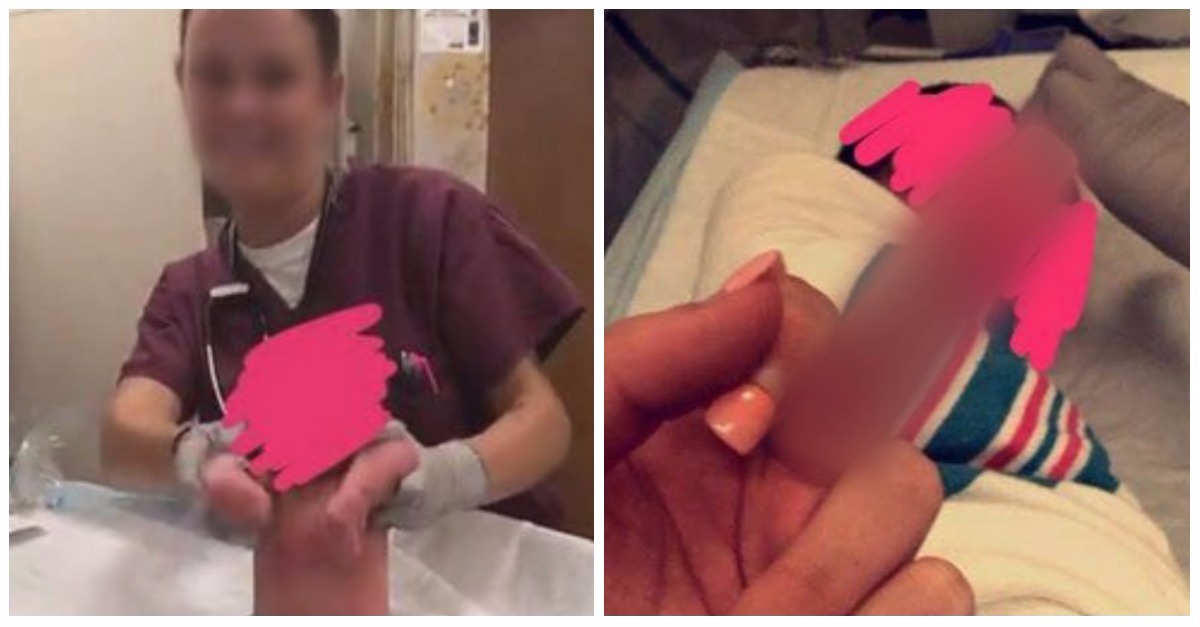