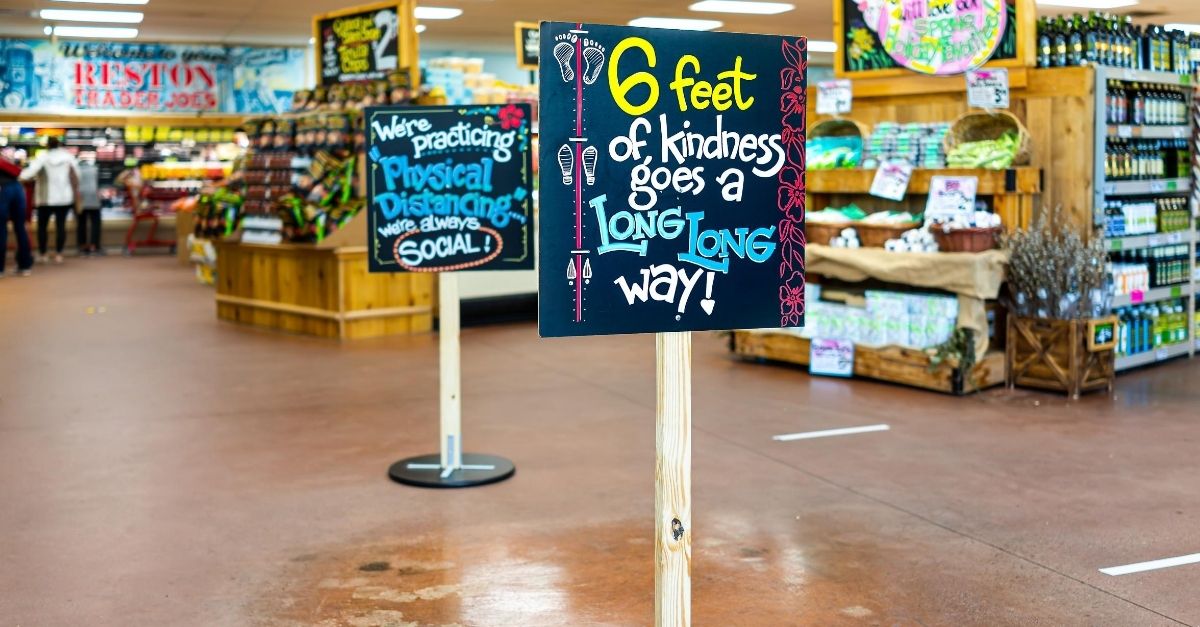 Two customers who entered a Trader Joe’s grocery store in Manhattan without masks are accused of assaulting store employees. The assault, which was located in the Murray Hill neighborhood, began when the customers refused orders from the workers to wear a mask for safety measures, and began assaulting the employees.

According to the New York City Police Department, the men are both in their thirties and the altercation occurred just before the store was about to close. One of the customers ripped a mask off the face of an employee who asked them to wear one, pummeled an employee over his head with a wooden paddle, and then pulled the hair of a third employee. The employee who was hit with the wooden paddle started bleeding from their head and was taken to the hospital.

Customers who refused to wear masks at Trader Joes beat an employee over the head with a wooden paddle, ripped the mask off another employee, and pulled the hair of a third. WTH is wrong with people? https://t.co/JYDHvxCteh

The fight comes as another example of the battle across the country between workers who are concerned for their health and the safety of customers who see wearing make as an “encroachment on their freedom.” Back in May, customers allegedly broke the arm of a security guard at a Target in California, after he had confronted them about not wearing a face mask. Several brawls and confrontations have also broken out at coffee shops, convenience stores, restaurants, and other Trader Joe’s locations. At several stores with mask requirements, such as GameStop, retail workers have been prohibited from enforcing the mask policy.

That being said, Trader Joe’s does require all employees and customers to face questions, with the exception of those with medical conditions and have a breathing problem, or children. A Trader Joe’s crew member who witnessed the event told authors that upon entering the store, the men told an employee that masks would not be necessary, after the upcoming election, s suggested that President Donald Trump would be reelected in November.

The worker then stated the pair of customers assaulted a total of seven crew members and three managers, throwing grocery baskets at the employees. NYPD has yet to confirm the number of people who were attacked but stated that upon leaving the building, the men grabbed a chair and began smashing it into the window of the store, attempting to get back inside. Both men were quickly arrested.

According to Vice, the two employees attacked asked to remain anonymous in fear of retaliation from Trader Joe’s for speaking about the incident. They noted the store has not acknowledged the incident, which occurred on July 14, in order to not scare away the customers. One of the workers allegedly stated, “The mentality of our store is that it cares more about making money, and doesn’t want a dip in sales. I’m not surprised that the attack wasn’t covered by the media. They didn’t want people to be afraid to come back into the store.”

The CDC recommends people wear face masks or face covering to slow down the spread of the Coronavirus. As of July 27, 2020, the following stores require face masks to enter the premises.