Menu
Follow us
Search
Menu
Search
FILE - In this Sunday, Sept. 17, 2017, file photo, Seattle Seahawks head coach Pete Carroll gestures from the sideline in the rain during the first half of an NFL football game against the San Francisco 49ers in Seattle. Carroll has been studying Dick LeBeau since he went into coaching himself, and now the Seattle head coach finds himself facing off again against the defensive coordinator now with the Tennessee Titans. (AP Photo/Elaine Thompson, File)

Seattle Seahawks head coach Pete Carroll has taken a clear stance on President Donald Trump’s “son of a b***h” comments, Trump’s subsequent calls for NFL owners to fire players who protest during the national anthem and his calls for fans to boycott the NFL until things change.

Carroll, who coached the Seahawks to a Super Bowl win in 2014, released a statement Saturday night.

“We can no longer remain silent. I will stand with our players,” Carroll said.

As KIRO7 reported, Seahawks players Richard Sherman and Michael Bennett, among others, were vocally on the same page as their coach.

Trump said Sunday that the only way the NFL will change what’s happening during the national anthem is if fans stop consuming the product. 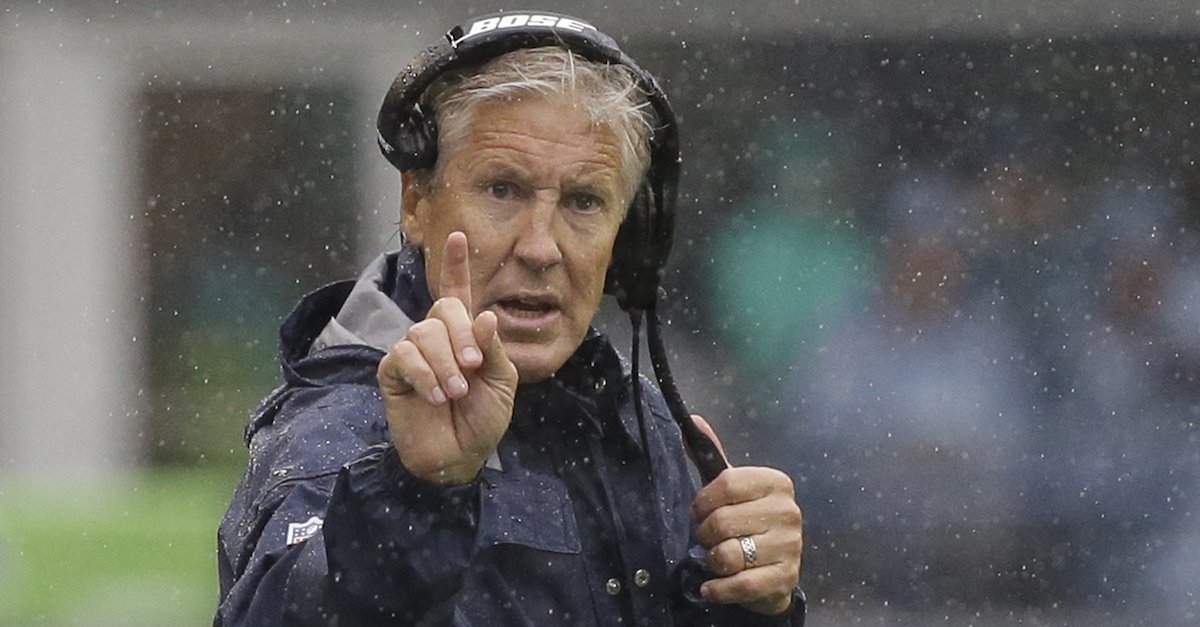