An Ohio man got a knock on his door Monday from Greene County deputies and the Secret Service as part of an investigation into a “kill Trump” message he’d posted on Facebook.

Law enforcement sources told TMZ that President-elect Donald Trump’s Secret Service team and Sheriff’s deputies in Greene County, Ohio, went to the man’s residence Monday to ask him about a Facebook message he’d posted on Nov. 14.  It was a screenshot of a text that read “kill Trump.”

When law enforcement asked the man, who was identified as Micah, if he was serious about what he’d posted, he reportedly said, “Not unless [Trump] starts going door-to-door rounding up people like he says.”

Micah told TMZ that the agents were satisfied that his message wasn’t serious and that they left.

While identified by TMZ only as Micah, we’ve found through a quick Facebook search of “Micah Greene County, Ohio” that Micah has been in the news before.

The Facebook search yielded a top result quoting one Micah Naziri on Stanford rapist Brock Turner’s return to Greene County, saying, “No one is going to shoot [Turner] unless we see him victimizing people.”

We then searched the name Micah Naziri and found the profile of Micah David Naziri, whose profile picture matched that in the thumbnail of TMZ’s screenshot.

It is an anti-alt-right photo.

RELATED: These cheerleaders protested the national anthem — now death threats are flying and homecoming is off

Naziri, who’s Facebook profile was completely public at the time of this writing, still had the Nov. 14 message on the internet, the one that resulted in a visit from the Secret Sevice et al.

As mentioned, Naziri was a vocal local who took issue with Brock Turner’s light sentence for raping an unconscious woman.

“No one is going to shoot [Turner] unless we see him victimizing people,” Naziri told NBC News at the time, as he protested Turner’s release and return to Ohio. “Even if the justice system fails, the community is not going to fail.”

Before that, Naziri, an anti-Trump open carry advocate, was pictured protesting at the RNC.

But Naziri was also in the news back in Oct. 2015, when he engaged in dialogue at a one-woman anti-Islam rally.

“I have a really strong activist background and been in a lot of discussion and debates,” Naziri said. “I can tell the different types of people at a protest. There are pure bigots full of hate, and there’s nothing you can do to change them, but there are also other people who get manipulated by hate groups and preachers and teachers of hate.

“That was the category that [the woman he spoke to] fell into,” he added.

The woman was the only person to show up at the planned rally.

Notably, the discussion ended with an embrace between the protester named Annie and a Muslim woman named Cynthia DeBoutinkhar.

“Something came over me and I went up to her and asked if I could give her a hug. I wouldn’t let go of the hug. I felt her body go from tense to soft and I asked her to please come inside with me,” DeBoutinkhar said. “She was actually AFRAID! I asked if I look scary to her. She said I didn’t. I promised her I’d stay right by her side the whole time.”

In recent days, death threats from either side of the issue that was Election 2016 have become more common.

A week ago, another Ohio man got in deep trouble for tweeting things like  “My life goal is to assassinate Trump. Don’t care if I serve infinite sentences. That man deserves to [cease] existing” and “Diplomacy. F*****g fools. I hate you all. I want to bomb every one of your voting booths and your general areas.”

The Secret Service arrested Zachary Benson on Nov. 10 and later said he “never had any intentions behind any of the posts.”

An Electoral College voter in Michigan named Michael Banerian has said he and other Republican electors have been threatened over email to make them become Faithless Electors and cast ballots for Hillary Clinton instead of Donald Trump.

“You have people saying ‘you’re a hateful bigot, I hope you die,’ ” Banerian told the Detroit News. “I’ve had people talk about shoving a gun in my mouth and blowing my brains out. And I’ve received dozens and dozens of those emails. Even the non-threatening-my-life emails are very aggressive.”

A tech CEO was fired after posting threats against Donald Trump he said were “intended to be a joke.”

Meanwhile, an actress commenting on a picture of Ivanka Trump’s son Theodore says she received death threats for a “fun/sarcastic observation” in a now-deleted tweet that received a playful reply from Ivanka.

Lol. Of course, you are right! Only in a baby's first year of life would a parent "celebrate" a child's birthday on a monthly basis! https://t.co/jsDWkWHeEW

If people would just settle down, that would be great. 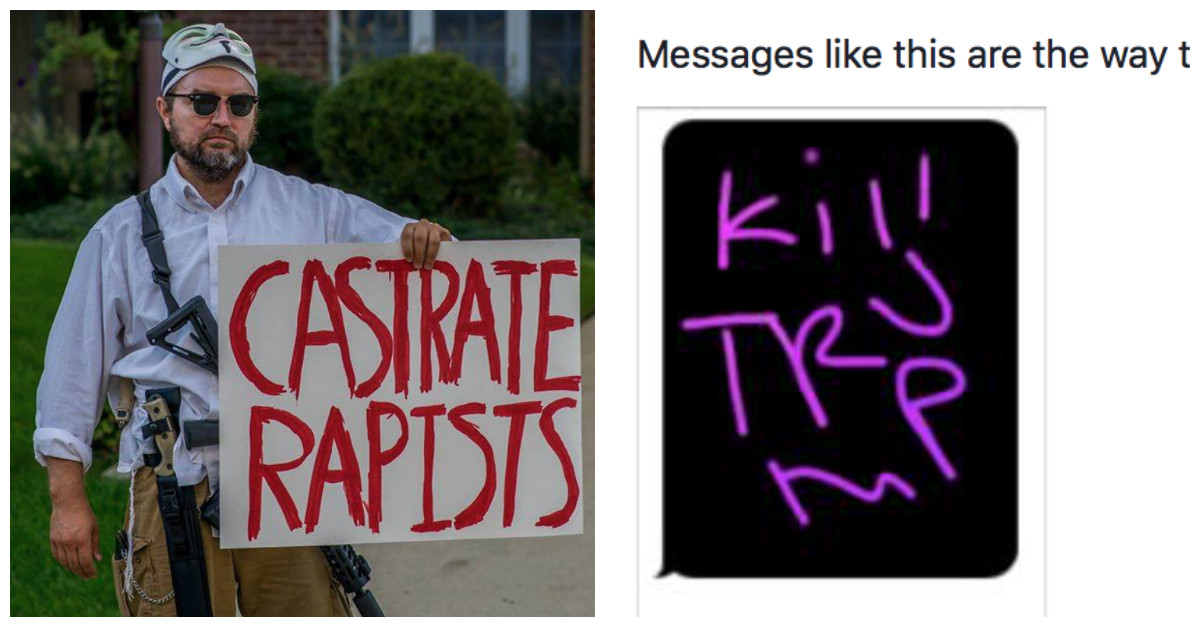