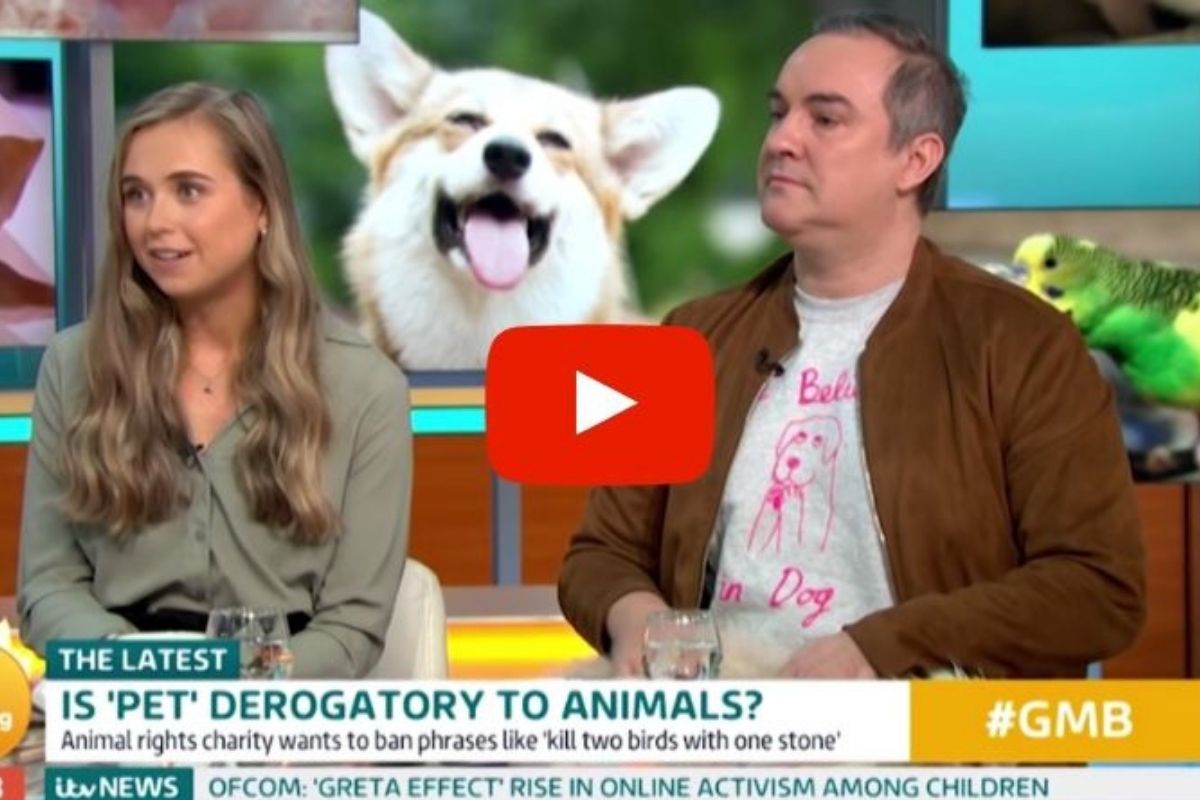 Well, it looks like PETA is at it again. A representative for the People for the Ethical Treatment of Animals explained why the organization wants people to change the way they speak about their pets. Jennifer White, a senior media officer at PETA, spoke on Good Morning Britain with Piers Morgan and co-host Susanna Reid about using the term “pet” to refer to one’s domestic animals.

According to White, the animal rights organization feels “pet” is a derogatory term and suggested people should stop using it since it is not animal-friendly language. She stated, “A lot of people at home who have dogs or cats will call them ‘pets’ and refer to themselves as ‘owners,’ and this implies that the animals are a possession, like a car, for example, When you refer to animals, not as the living beings they are, but as an inanimate object, it can reflect our treatment on these animals.”

The hosts were definitely not buying into the attempted social movement and a debate over various phrases that PETA want to change erupted. This isn’t the first time PETA suggests using a new word or phrase for it to be less animal-centric. PETA argued words and idioms that involve meat products are offending vegetarians and vegans. For example, instead of saying “flogging a dead horse” or “killing two birds with one stone,” the organization wants people to say “feeding a fed horse”, or “feeding two birds with one scone.”

Still, in regards to the “pet” situation, White stated that PETA doesn’t necessarily hate the word, but is only encouraging people to use “companion” instead. Fighting back, Morgan stated PETA would have to change the name of its organization since the title contains the word pet, but White noted that it doesn’t apply to the company’s name since Peta is an acronym. She stated, “[The word ‘pet’] is not offensive, we’re not telling anyone it’s offensive. Animals aren’t offended by it, we’re not offended by it.”

'We don't hate the word pet we're encouraging people to use something better like companion.'

PETA founder Ingrid Newkirk also suggested that our language be adjusted when we describe certain animals, indicating that domestic animals are a “call individual, with emotions and interest.”

“Animals are not pets—they are not your cheap burglar alarm or something which allows you to go out for a walk. They are not ours as decorations or toys, they are living beings. How we say things governs how we think about them, so a tweak in our language when we talk about the animals in our homes is needed.”

Seems to me like PETA has too much time on their hands, and are trying to change the impossible. I get you’re trying to save animals, and I’m totally in your favor, but honestly, pet is just a word. I really don’t see how you are connecting the dots here.

Editors Note: This article was originally published on February 10, 2020.