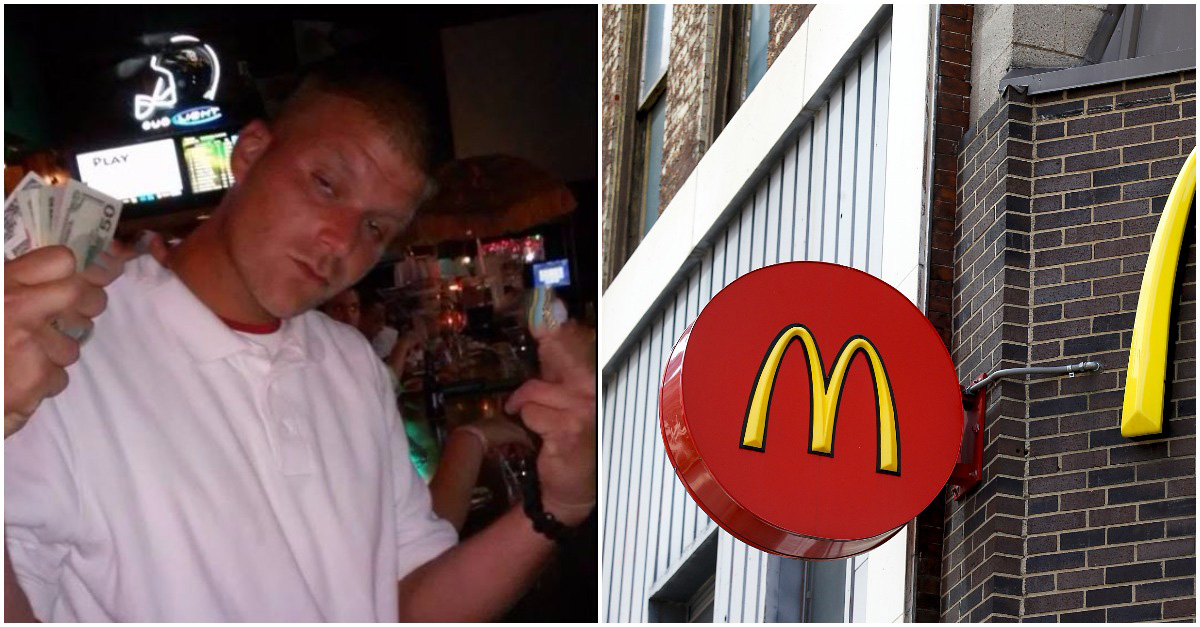 Police arrested Conrad Jablecki in early May after reports came in that he and a woman, identified as 37-year-old Christine Chafin, were engaged in oral sex in the middle of a Pennsylvania McDonald’s. However, Christine has decided to go on the run — she was scheduled to appear in court on July 21 for an arraignment but didn’t show. Now there’s a bench warrant out for her arrest, the New York Post reports.

Thirty-year-old Jablecki has since appeared in court and been released. He was charged with indecent exposure, open lewdness and disorderly conduct. Jablecki seems to be quite a fan of oral sex, having posted about it on his Facebook. He wrote in July 2016, “She’ll squeeze my head so tight with her Legs, it feel’s like it’s gonna snap my neck!!” A few days before that, he wrote a post advising men to “find a bad bitch w/mean head game.”

The incident occurred just after 1 p.m. in York, Penn., and the woman managed to escape before police were called. Police say they discovered her identity from a tip, and she is believed to be a mother of one — on the suspect’s Facebook, she appears in several pictures with a young boy.

Both suspects have long histories with the law. Chafin reportedly has a DUI conviction, and Jablecki spent two months in prison after he exposed himself to a woman on a beach.