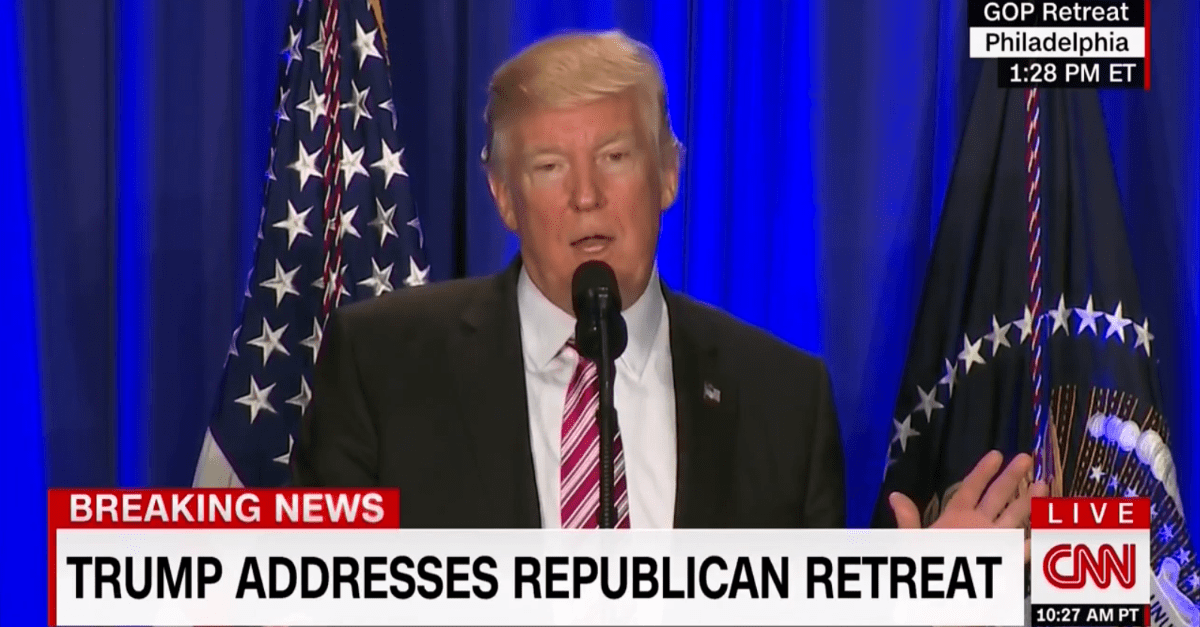 President Trump signed an executive order on Wednesday for construction to begin on the 2000-mile wall that will physically divide the United States and Mexico’s border.

Following the move, Mexican President Enrique Peña Nieto announced on Thursday that he would not attend a meeting that had previously been planned with Trump:

“This morning we have informed the White House that I will not attend the meeting scheduled for next Tuesday,” he tweeted.

Some hours after, Trump addressed the cancellation.

“The president of Mexico and myself have agreed to cancel our planned meeting scheduled for next week,” he informed. He said this despite Peña Nieto announcing the cancellation hours earlier.

(!) Trump says he and @EPN "agreed" to cancel their meeting next week, even though the Mexican president tweeted first

“Unless Mexico is going to treat the United States fairly with respect,” Trump continued, “such a meeting would be fruitless and I want to go a different route.”

RELATED: Donald Trump’s wall is going to cost someone a lot of money

In August, Trump accepted an invitation from Peña Nieto to visit the country while on the campaign trail. Trump and Peña Nieto gave a joint press conference regarding immigration ideas for the U.S.-Mexico border.

There, Trump initially stated that no payment plan was discussed. Just hours after the press conference, he doubled-down on his promise that Mexico would pay for the wall.

In January, following Trump’s electoral win, it was revealed that the American people would be the ones to foot the hefty price of nearly $12 billion. The Trump camp assured that nothing from the campaign had changed and that Mexico would still pay for the wall.

Former Mexican President Vincente Fox has stated several times that neither he nor his country will “pay for that f*****g wall.”