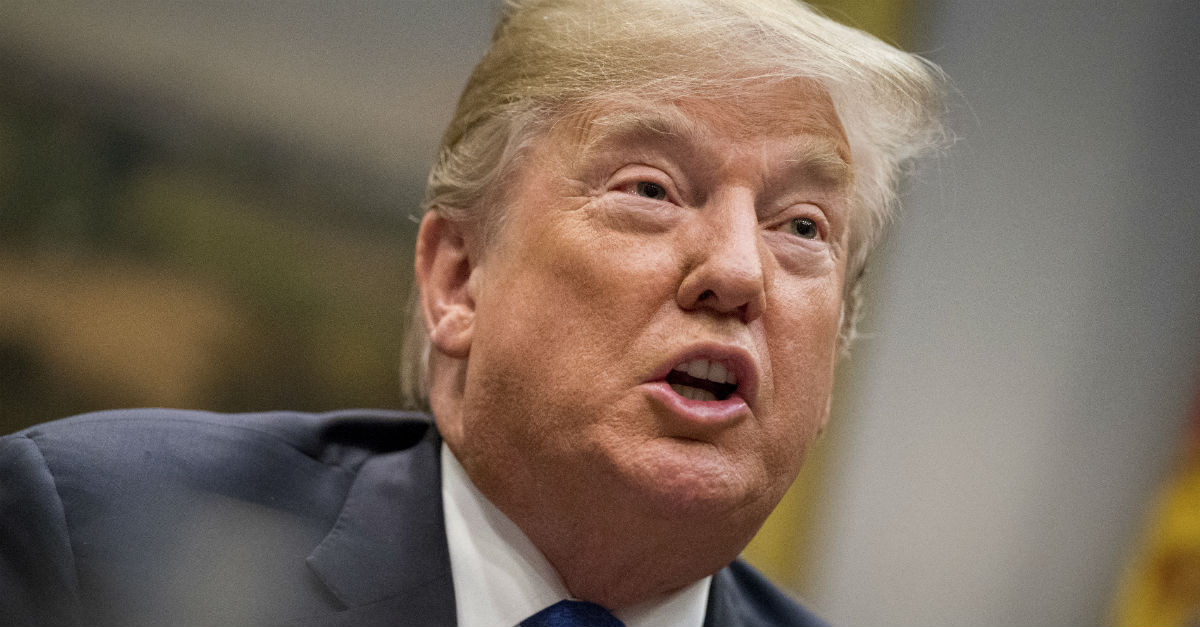 President Trump began his Friday morning with a tweet suggesting that he will veto the “omnibus” spending bill which would keep the government open. The president mentioned that the bill does not fund a border wall and that it abandons DACA recipients.

I am considering a VETO of the Omnibus Spending Bill based on the fact that the 800,000 plus DACA recipients have been totally abandoned by the Democrats (not even mentioned in Bill) and the BORDER WALL, which is desperately needed for our National Defense, is not fully funded.

The hulking bill accounts for $1.3 trillion in spending and has been criticized by many members of Trump’s own party, including Rand Paul and the House Freedom Caucus. Even more importantly, “Fox & Friends” criticized the bill on Friday morning. Co-host Pete Hegseth called the bill “a swamp budget …  a Mitch McConnell special” and added, “There?s no wall. Ultimately, the Democrats controlled this process,” per The Hill.

The bill does include $1.6 billion for funding border security, but that money is not allocated for a wall. In fact, it prohibits the construction of a concrete structure like Trump wants, according to The New York Times.

If Trump vetoes the bill, the government will almost certainly shut down at midnight, which could be a problem, as hundreds of thousands of people visit on the capitol for the “March for Our Lives.”

The government has shut down twice in 2018, but both times, Congress was responsible for not passing a budget bill. If Trump vetoes the bill, it would be the first time that a president has shut the government down since 1996, when Bill Clinton vetoed a spending bill.