During a news conference at the White House Thursday, a Jewish reporter asked President Trump a question about the recent rise in anti-Semitic activity in the U.S.

The reporter, Jake Turx, prefaced his question by saying that neither he nor his community or colleagues had ever heard of Trump or his administration being anti-Semitic. However, he continued, the Jewish-American community is “concerned about an uptick in anti-Semitism and how the government is planning to take care of it. There’s been a report out that 48 bomb threats have been made against Jewish centers all across the country in the last couple of weeks. There are people committing anti-Semitic acts or threatening to.”

Before Turx could finish his full question, President Trump told him to “sit down” because he knew where the rest of the question was going. Trump then completely ignored the actual question and responded by saying, “Number one, I am the least anti-Semitic person that you’ve ever seen in your entire life. Number two, racism — the least racist person. In fact, we did relatively well, relative to other people running as a Republican […] But let me just tell you something, that I hate the charge. I find it repulsive.”

When the reporter tried to interject, Trump told him to be quiet and went on to talk about Prime Minister Benjamin Netanyahu and how he said that Trump was a big supporter of Israel and that they should “forget about” reports that Trump was anti-Semitic.

Trump then told Turx that he should “take that instead of having to get up and ask a very insulting question like that. Just shows you about the press, but that’s the way the press is.”

Later, when another reporter called him out for not answering the original question, Trump responded that “many” of these attacks were most likely being done by his political opponents, suggesting that the threats and acts of anti-Semitism were attempts to undermine him. 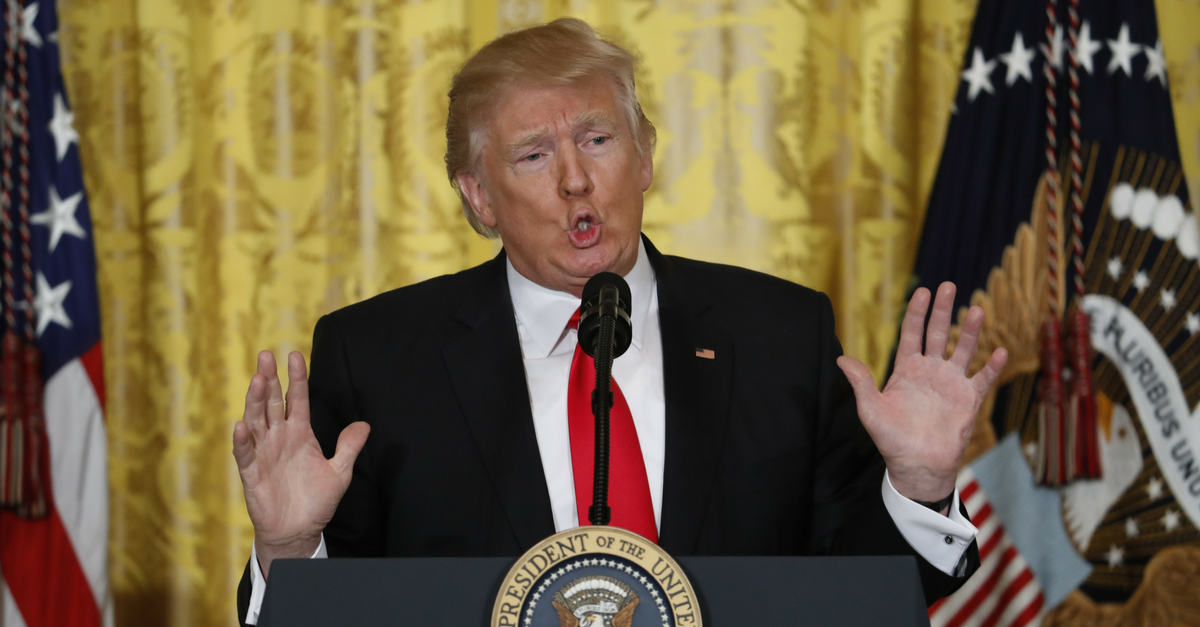