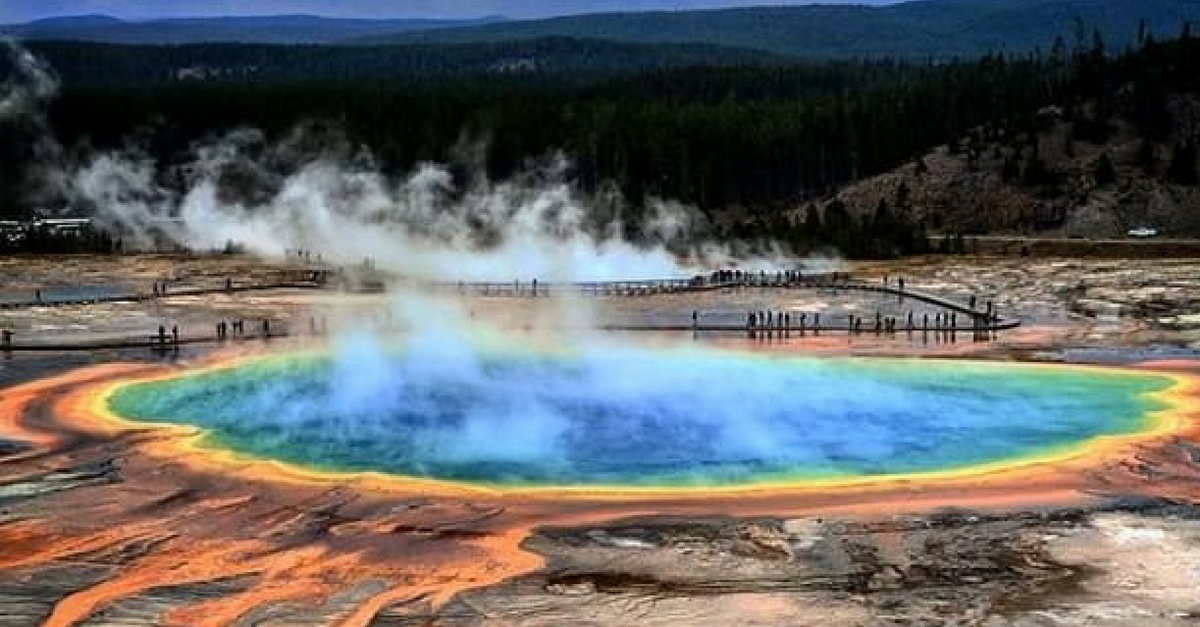 As if the world needed to get scarier, a 100-foot fissure has opened up in the Grand Teton National Park, not far from the potentially catastrophic Yellowstone volcano.

The giant crack located in the Wyoming-based national park has caused officials to conduct an “urgent closure” in the area in case of landslides. The Inspiration Point areas and The Hidden Falls are now closed due to an elevated potential for rockfall. Through a statement, park officials stated it is unknown how long the closure will be in effect, but geologists are monitoring the buttress for movement, and have initiated a risk assessment for the area.

It is still unclear how the crack opened, but it is likely due to normal seismic activity in the area. Despite it being around 100 kilometers from the Yellowstone National Park, Grand Teton sits over the Yellowstone super-volcano. What does this mean for that? Well, if it was indeed seismic activity beneath Grand Teton that caused the fissure, it could be a sign that Yellowstone is reawakening. I don’t know about you, but that scares the bones out of me.

Scientists say if the volcano were to erupt an estimated 87,000 people would be killed immediately, and two-thirds of the US would be at risk of becoming uninhabitable. The large spew of ashes would most likely block out sunlight, directly affecting the life beneath, creating a ?nuclear winter?.

If the volcano exploded, there is expected to be a climate shift due to the volcano releasing massive amounts of sulfur dioxide into the atmosphere, which can form a sulfur aerosol that reflects and absorbs sunlight. Despite it erupting hundreds of thousands of years ago, scientists are still monitoring it constantly for any warning signs and volcanic activity. As of now, there are no signs of the lava apocalypse. So, we?re safe in that area, guys.

#MorningGloryPool. Who can imagine that this beautiful #spring is alive beacuse of the #yellowstonevolcano. There are a lot of #geysers and spring in the area, but this one is spectacular ❤️#triptoyellowstone #nature #nomads #travelers

The super-volcano erupted 630,000 years ago, ejecting 240 cubic miles of rock, dust, and volcanic ash into the sky, leaving a 34-mile by 50-mile depression in the ground. If it were to erupt (which once again, scientist say is quite unlikely) it could potentially be 6,000 times as powerful as the one that occurred in 1980 in Washington?s Mount St Helens, which killed 57 people and deposited ash in 11 different states and five Canadian provinces.

The United States Geological Survey, also known as USGS, put the odds of Yellowstone erupting at 0.00014 percent — lower than the odds getting hit by a civilization-destroying asteroid.

Wait?asteroid? You mean, we have to worry about that too? NASA, is there something we should know?