Sean Spicer said President Trump will not personally pay for Mar-a-Lago trips — “At what point does he do enough?” 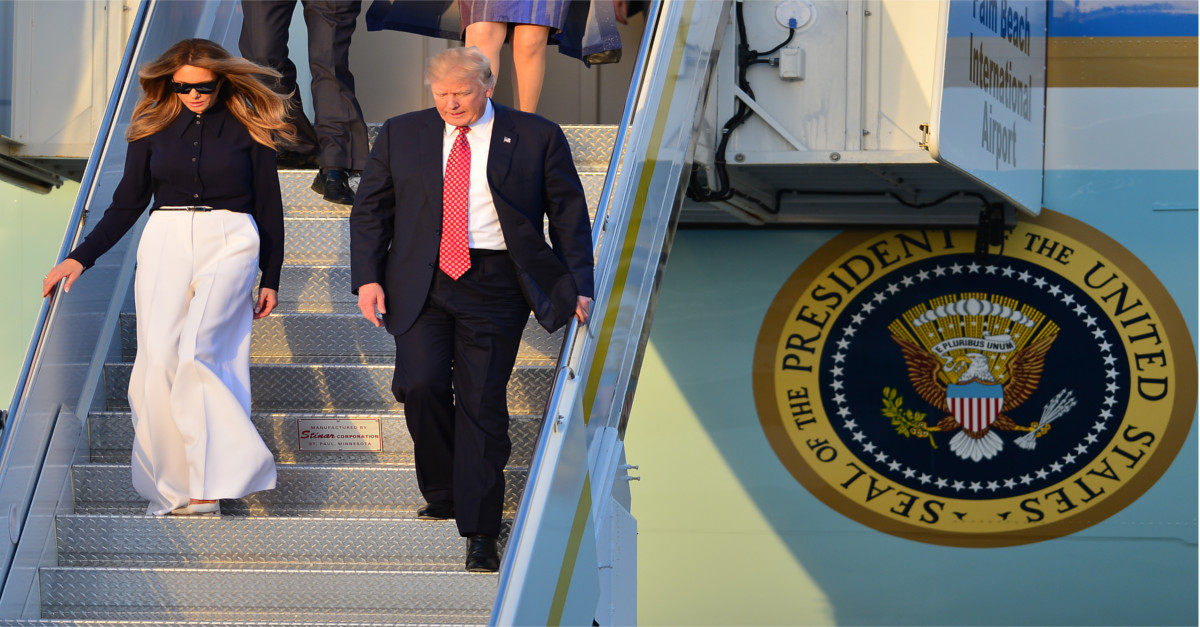 Credit: MPI10 / MediaPunch/IPX
WEST PALM BEACH, FL - FEBRUARY 10: U.S. President Donald J. Trump (R) and his wife Melania Trump (L) arrive on Air Force One at the Palm Beach International Airport on February 10, 2017 in West Palm Beach, Florida. this is President Donald Trump second visit to Palm Beach since his inauguration. The President and the Prime Misnister are scheduled to get in a game of golf over the weekend at Mar-a-Lago resort as well as discuss trade issues. Credit: MPI10 / MediaPunch/IPX

It doesn’t look like President Donald Trump will be paying for his numerous and expensive trips to his Palm Beach, Fla., resort, Mar-a-Lago

During a press briefing Monday, press secretary Sean Spicer was asked if Trump would be paying back part of the cost of his frequent trips south because he is “far wealthier” than past presidents, to which he responded, “Ironically, this is a day that the president just donated a significant amount of money of his salary back to the federal government. And so, respectfully, it’s like — at what point does he do enough?”

“He just gave a very sizable donation,” Spicer added, referring to the president giving his first quarter salary to the National Park Service.

The reporter responded that Trump’s $78,000 donation was “very small.”

The press secretary, again, defended Trump’s refusal to reimburse the significant expenses that accrue due to his frequent trips, responding, “But that’s not how we judge — I think to be able to say that — he isn’t taking a salary, I think he’s stepped down from his business. He’s walked away from a lot. I think at some point he’s done quite a bit in terms of handing — making a donation to the government.”

He also pointed out that other presidents took frequent trips, such as George W. Bush to Crawford, Texas; and Barack Obama to Hawaii, and that the president can’t dictate how much security is used to protect the first family.

A report in the Washington Post in February estimated that Trump had already spent upward of $10 million on his weekend trips to Florida up to that point, averaging out to just over $3 million a visit. Since that time, he’s taken several more trips to what has been dubbed the “Winter White House,” or as Trump himself likes to call it, “The Southern White House.”