Warning: This video may be disturbing to some viewers.

In a shocking video posted to social media, a Pennsylvania police officer can be seen wrestling a young woman to the ground and repeatedly punching her in the head.

The officer, who has not yet been publicly identified, was recorded in York City, Pennsylvania, punching 21-year-old Melissa Dyann Penn. Before the video began recording, Penn was tackled by the cop and later be seen trying to get out of his grasp. As Penn wrestles away, the unidentified officer punches her in the head three times.

The York Daily Record reports that the incident took place after Penn was asked to leave a nightclub by bouncers and later tried to get back in. An official affidavit states that the officer punched the woman in “an attempt to daze and disorient her and regain tactical advantage over her.”

The York Police also released a statement regarding the video.

“We would ask that people not draw conclusions regarding a small portion of the incident and we hope to release more video in the future,” the statement read. “Every York City Police Officer is expected to treat our citizens with respect and professionalism but if physical force is used against our officers they will respond according to our policies.”

Penn was charged with aggravated assault, resisting arrest and defiant trespass. She was released on a $5,000 bond on Monday.

The video has reportedly been seen by more than 50,000 people. 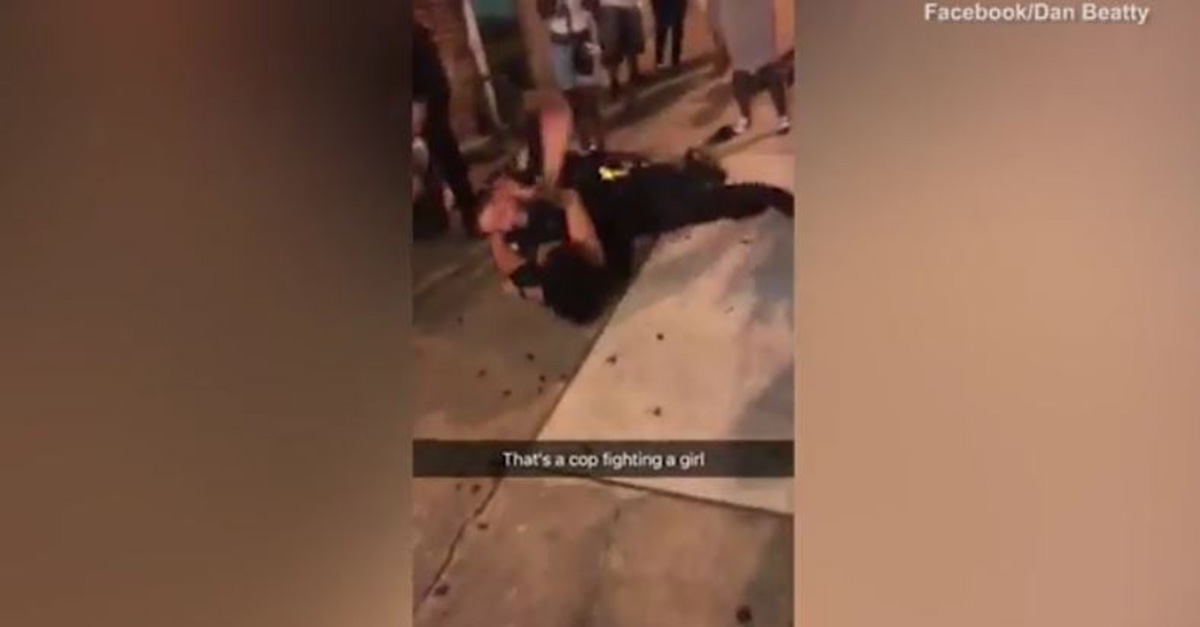