Six months ago, Wisconsin brother and sister Austin Conner, 22, and Abbey Conner, 20, did some shots at a poolside hotel bar while on a five-star vacation in Mexico with their mom and stepdad, just before they were scheduled to meet in the lobby for dinner.

RELATED: Good Samaritan tries to save a drowning man and then discovers thieves took advantage of the situation

Austin woke up in a hospital and his sister never woke up again.

To this day, the official story is the Abbey Conner died from “accidental drowning,” but some things that don’t add up and details of similar situations has people questioning if something sinister took place.

The comprehensive Milwaukee Journal Sentinel story on Abbey Conner’s death and what’s happened since contains details of what we know happened that day, speculation about what might have happened and the remarkable journey of her biological father, Bill Conner, who traveled 2,500 miles on his bicycle to meet the man who received his daughter’s heart and to visit the Florida hospital where she died.

John and Ginny McGowan were looking around a hotel lobby wondering where the kids were, only to find out from hotel staff that both were found unconscious in the pool and taken to the hospital.

Austin had a lump on his head and suffered a concussion, but he would survive. His sister went into a coma and was taken off of life support days later after being flown from Mexico to Broward Health Medical Center in Florida.

Lack of oxygen to the brain ran its course and Conner donated her organs.

The family is still looking answers as to how a strong swimmer hours into vacation — and an hour after agreeing to meet the parents for dinner — while people were around, including hotel staff, could have accidentally drowned.

Austin Conner recalled talking to a couple at a bar, surrounded by young guys who were drinking. He said they invited them to do a shot he thought was a Jägerbomb. Abbey Connor consumed four or five tequila shots and then had her last drink.

“I’ve been in college for five years and had my fair share of drinks before. No way in hell I’m putting my face down in a pool and going to sleep,” Austin would say.“Knowing that we got played or are victims of some sick person drugging us is almost surreal.”

Tests showed that both Austin and Abbey were legally drunk with at least .25 BACs. What testing didn’t show were substances commonly used when drugging drinks, though doctors did not test for every type of drug.

Not only does Austin believe he and his sister were drugged, so does his father, Bill.

“Somebody had to slip them some type of drug,” he said.

The other thing that doesn’t add up is that there were no associated crimes like robbery or sexual assault, two things that might happen if your drink has been drugged.

But, as the Journal Sentinel noted, incidents just like this one were detailed on blogs by others who have stayed at resorts near Playa del Carmen.

One married couple ordered a few drinks at the bar in Jan. 2015 and before they knew they blacked out. The husband woke up five hours later with a broken hand and none of their stuff was missing, even though it was left on the beach.

They felt that they had been “terrorized.”

Even more suspicious, further inquiry by the Abbey Conner’s family on May 30 revealed that police in Mexico had barely conducted an investigation, that only three hotel staffers had been interviewed, that medical details were incomplete, that the hotel said it doesn’t have surveillance video around the pool and that the hotel hasn’t offered condolences, reached out to the family or answered questions.

RELATED: Just weeks after a family’s 2-year-old son drowned, another son has died in a tragic car crash on his way to school

Beyond statements from two security guards and a pool manager, other guests, hotel workers, that group of guys drinking around the pool or possible witnesses have apparently not been interviewed.

He pledged to honor his daughter and grieve her loss by cycling more than 2,000 miles from Madison, Wisc., to the Ft. Lauderdale hospital where she died.

Along the way, Bill Conner met in Baton Rouge, La., 21-year-old Loumonth Jack Jr. and listened to his daughter’s heart, which was beating in his chest.

Conner said that his ride was meant to bring “awareness to the impact of organ donation and how important the gift of life truly is when tragedy shows up on your doorstep.”

He said on the GoFundMe campaign for “Ride for Life” that four men between the ages of 20 and 60 years old have received organs from his daughter. 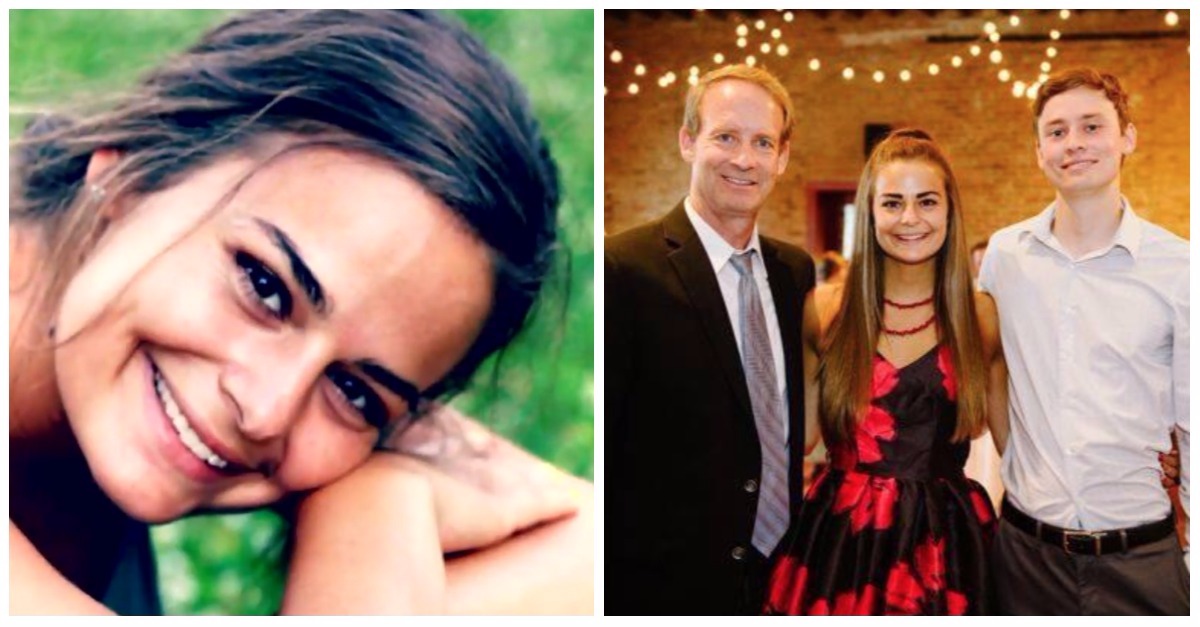