After calling the NFL’s national anthem protests bad for business, one of their biggest sponsors just split 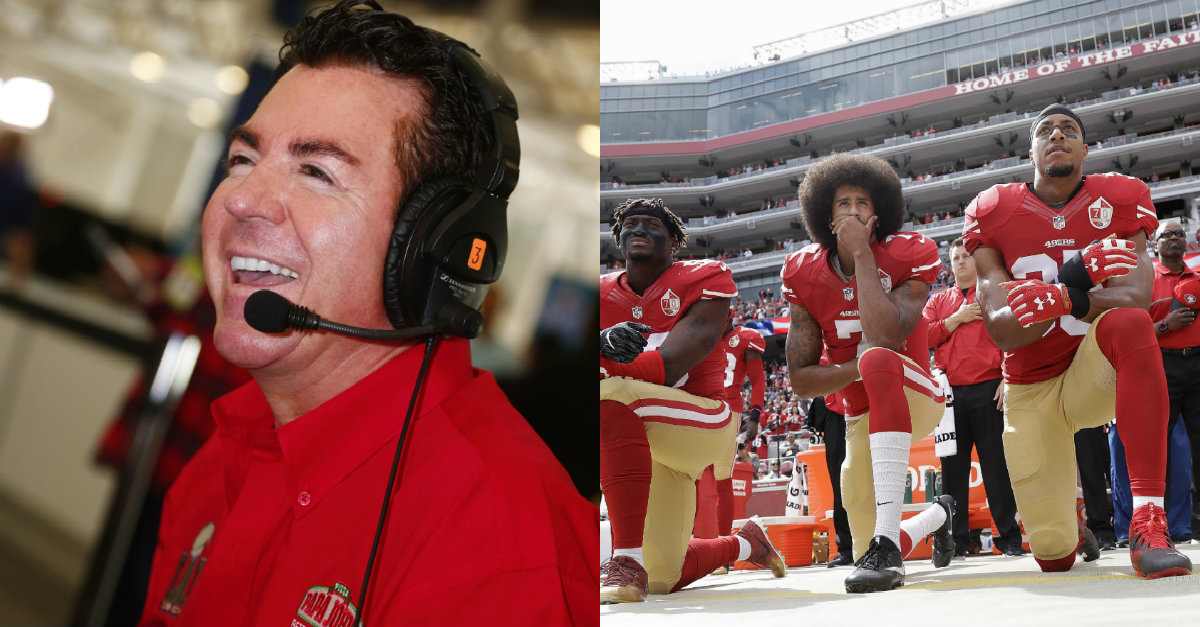 Months after blaming the NFL’s “poor leadership” when it comes to this season’s protests during the national anthem for their declining sales, Papa John’s is officially ending its 10-year sponsorship the league. Instead, the company will focus its football marketing efforts of 22 of the NFL’s 32 teams and their star players.

“The NFL and Papa John?s have made a mutual decision to shift from their official league sponsorship to a focus on partnerships with 22 local NFL teams, presence in broadcast and digital media, and key personalities in the sport,” the organizations said in a joint statement.

“While the NFL remains an important channel for us, we have determined that there are better ways to reach and activate this audience,” Papa Jonh’s CEO Steve Ritchie added.

The relationship between the two companies took a downward spiral in November when then-CEO of Papa John’s John Schnatter faced backlash after saying the pizza chain’s sales were hurt by NFL players kneeling during the national anthem and the NFL for allowing the protests to continue. In his comments, he alleged that NFL commissioner Roger Goodell’s “poor leadership” “hurt Papa John?s shareholders.?

RELATED: ?The NFL has hurt us,? says this major restaurant chain amid declining sales

“The NFL has hurt us. We are disappointed the NFL and its leadership did not resolve this,” he said at the time. “This should have been nipped in the bud a year and a half ago.The controversy is polarizing the customer, polarizing the country.”

After receiving criticism, the company later apologized, saying, “The statements made on our earnings call were describing the factors that impact our business and we sincerely apologize to anyone that thought they were divisive. That definitely was not our intention.”

While the NFL has not yet publicly commented on the split, Ritchie made it clear that the decision to part ways was mutual.

“We have really got a lot of key learnings on how we can invest our dollars more appropriately,” he said. “So we thank the NFL for all the efforts and the partnership that we’ve had over the last seven years, and we’ll continue to be very prominent on NFL game days as we move forward.”

RELATED: Out of nowhere, Kobe Bryant says he?d join Kaepernick?s protest if he were still in the NBA