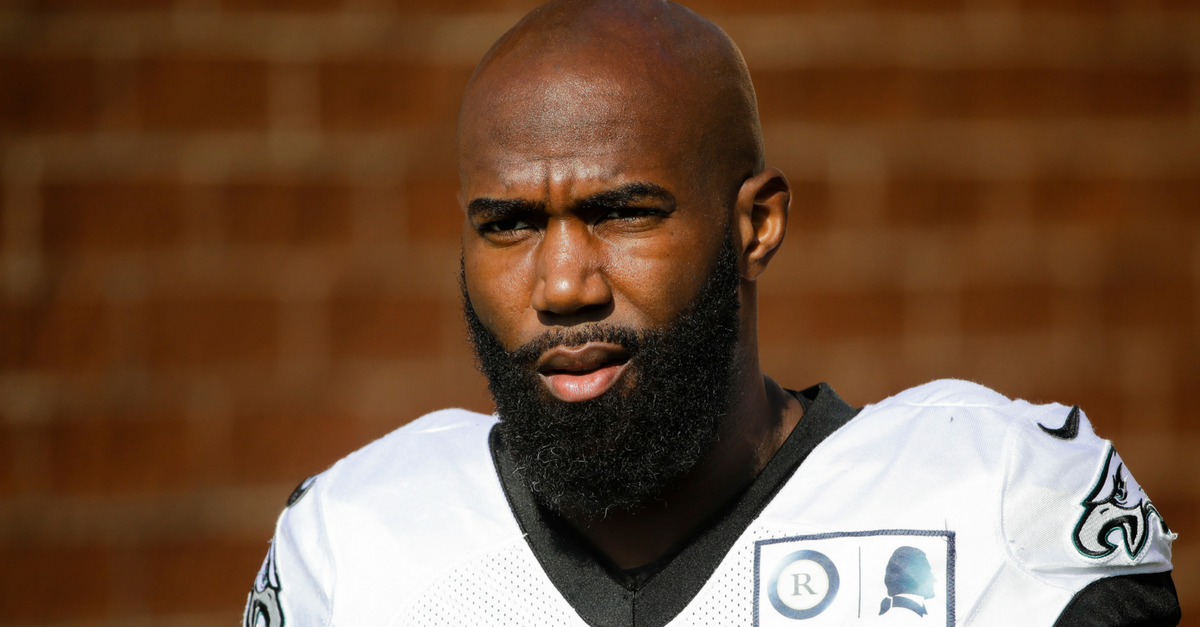 Ahead of Thursday night’s preseason game against the Green Bay Packers, Philadelphia Eagles safety Malcolm Jenkins announced that he would continue to raise his fist during the national anthem this upcoming season.

“Last season, I raised my fist as a sign of solidarity to support people, especially people of color, who were and are still unjustly losing their lives at the hands of officers with little to no consequence,” he explained in a statement to ESPN. “After spending time with police officers on ride-a-longs, meeting with politicians on the state and federal level and grass roots organizations fighting for human rights, it’s clear that our criminal justice system is still crippling communities of color through mass incarceration.”

RELATED: A “United We Stand” rally has been planned in NYC for Colin Kaepernick, who is still without a job

Sure enough, Jenkins followed through on his promise and stood with his fist thrust into the air on Thursday night as the national anthem played before the game. Last year, he did the same for all but one game. On September 11, he decided not perform the demonstration out of respect for service members and those who lost their lives on that day in 2001.

“As the blowback against those who stand up for what is right thickens, I feel it is necessary to push forward with a relentless determination. I want to send a message that we will not easily be moved or deterred from fighting for justice,” Jenkins said, adding that the “new call for a war on crime and drugs” will disproportionately affect poor communities and communities of color. “There are many players across the league who have joined me in working toward new legislation and reestablishing trust and opportunities in our communities, and you can expect to see much more of that.”

While Jenkins has pledged to continue his protest, Colin Kaepernick reportedly offered to cease his, saying he would stand for the national anthem this season instead of kneeling. Kaepernick, however, has yet to get picked up by another team after he opted out of his contract with the San Francisco 49ers. Jenkins has called teams unwilling to consider the former quarterback “cowards.”

RELATED: If the Philadelphia Eagles protest the national anthem, a surprising face will be right there with them