The guy who tried to start a #KillRepublicans hashtag after Rep. Scalise was shot is still at it 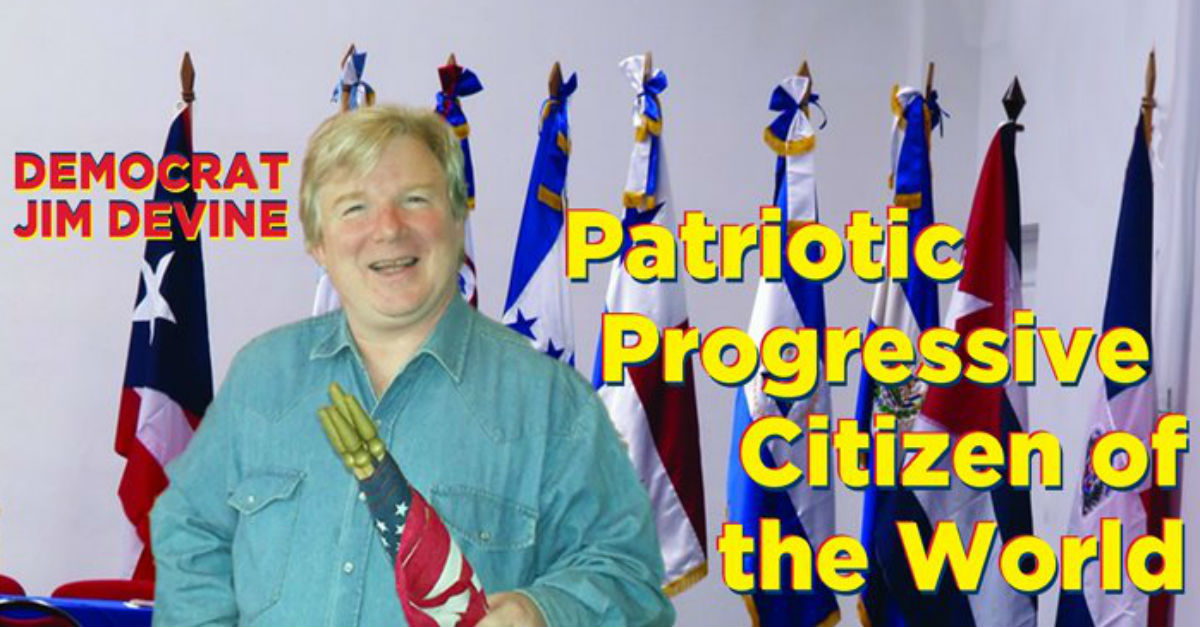 If James Devine hasn’t enjoyed a visit from the secret service yet, he better start putting out cookies for them. As the nation prayed for Republican Representative Steve Scalise of Louisiana, Devine took to Twitter to push the hashtag #KillRepublicans. The incredibly distasteful move raised a few eyebrows and resulted in an overwhelming, and justified, backlash.

We are in a war with selfish, foolish & narcissistic rich people. Why is it a shock when things turn violent? #HuntRepublicanCongressmen

According to New Jersey 101.5, Devine is a “longtime Democratic operative.” His rants weren’t limited to Twitter, either. On Facebook, he wrote:

I have little sympathy for the Republican Congressman who got shot today because he viciously opposed President Obama’s effort to reduce gun violence and instead, he accepted more gun lobby money than all but 15 other members of the House of Representatives.

Devine’s website describes him as “a masterful Democratic Party campaign strategist, a crusading journalist and an accomplished leader with extensive experience managing large organizations.” The site also brags that Devine has managed a number of successful campaigns, ranging from local elections to leading the Democratic State Committee.

Now, the political operative is backing up his tweet, writing, “I am sorry if my #HuntRepublicanCongressmen hashtag hurt the feelings of any GOP snowflakes but you have not engaged in civil discourse.”

He also uploaded an image of a “liberal hunting permit.”

I am sorry if my #HuntRepublicanCongressmen hashtag hurt the feelings of any GOP snowflakes but you have not engaged in civil discourse pic.twitter.com/4dPc3GCiDz

He told NJ.com that he’s received a few threats since posting the tweet but didn’t seem swayed by the incidents. One caller, he says, told him to “watch your back” before hanging up. Devine’s contact information is making rounds on the internet.

RELATED: Kellyanne Conway believes people would applaud if she were “shot and killed tomorrow”

Devine is no stranger to the law. In 2013, he was found guilty of shoplifting from a grocery store. However, it seems that the then-Mayoral candidate didn’t actually steal the items, but “concealed” them with the intent of stealing them.