Donald Trump’s airstrike earns the support of one of his biggest critics, John McCain 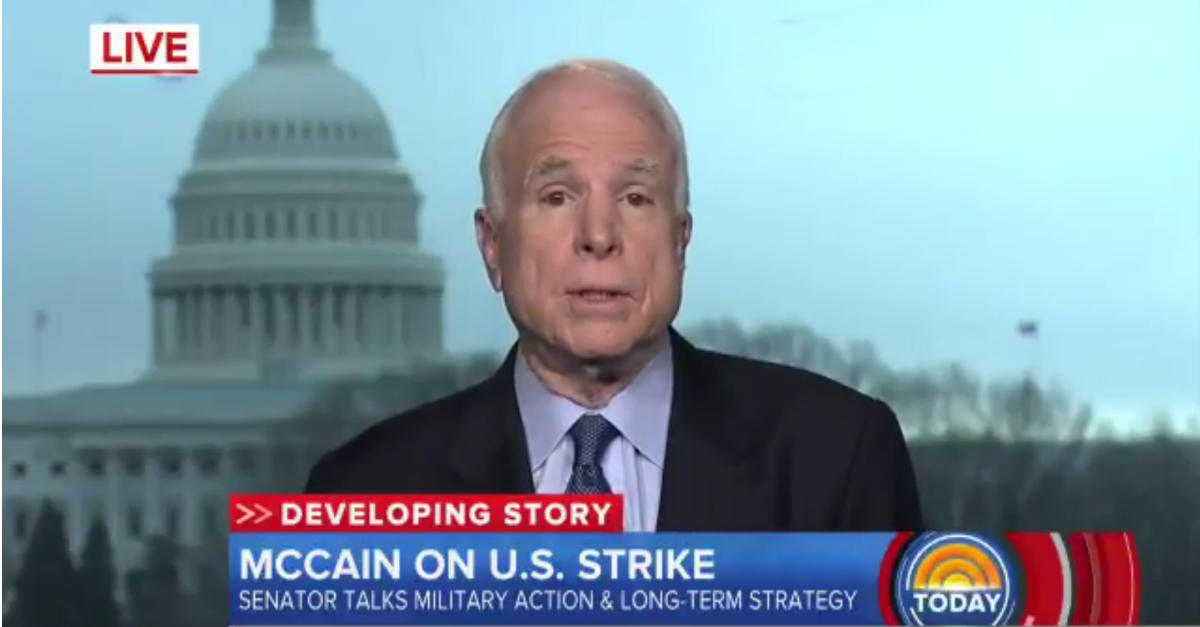 President Trump launched a US airstrike on a Syrian airfield late Thursday night in response to the Syrian government initiating a deadly chemical weapons attack on its people.

While there have been questions over the legality of Trump?s actions, since he did not get congressional authorization for the strike, the president has found some support among one of his biggest critics.

Sen. John McCain (R-Ariz.) appeared on ABC’s “The TODAY Show” to announce his support of the president’s actions.

“I think there’s a little too much euphoria here this morning… we got a long, long way to go.” – @SenJohnMcCain on US airstrike in Syria pic.twitter.com/DlDGWdz7p6

When asked if the strike was justified, McCain said that the slaughter in Syria needed to end.

The senator announced his support for arming the Syrian rebels.

McCain said Trump’s actions were a signal that he was “listening carefully to the best national security team” that he had ever seen.

“We’ve got a lot more work to do to stop the slaughter that has driven Europe into chaos.” – @SenJohnMcCain

Trump once stated that he liked veterans “who weren’t captured,” dismissing his time as a prisoner of war in the Vietnam War. McCain also publicly spoke out against Trump’s desire to torture suspected terrorists.