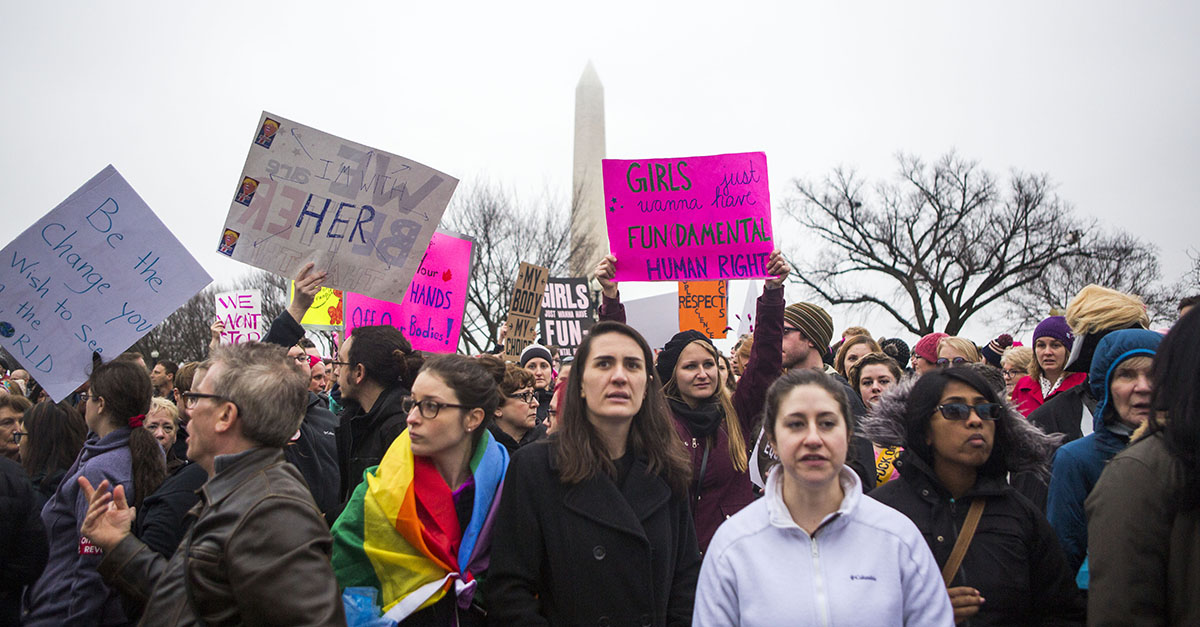 Jessica Kourkounis/Getty Images
WASHINGTON, DC - JANUARY 21: Protesters attend the Women's March on Washington on January 21, 2017 in Washington, DC. Following the inauguration of Donald Trump as the 45th president of the United States, the Womens March has spread to be a global march calling on all concerned citizens to stand up for equality, diversity and inclusion and for womens rights to be recognised around the world as human rights. (Photo by Jessica Kourkounis/Getty Images)

Though crowds greatly exceeded expectations in the Nation’s Capital and pro-Trump counter-protesters showed up in places, there was not a single arrest made at yesterday’s record-breaking Women’s March. That’s according to NBC News and Washington, D.C., Homeland Security Director Christopher Geldart.

RELATED: DC protesters clashed with police and were met with tear gas just blocks away from Donald Trump as he took the oath of office

It is estimated that yesterday’s Women’s March was the first time that a protest of a president had higher attendance than the presidential inauguration itself. Attendance was so big that the 2-mile planned route was completely filled by attendees, turning the parade into a rally. Smaller marches formed spontaneously around the city.

Marches around the country had higher-than-expected attendance. NBC reports that Chicago’s march was cancelled by organizers after the crowd reached 250,000.

Washington, D.C.’s, Metro system had a banner attendance day, notching the second-highest daily ridership in the system’s history. The day’s 1,001,613 trips are second only to President Obama’s 2009 Inauguration.

Demographics and geographic proximity are a factor in these; the closest states to go to Donald Trump were West Virginia and Pennsylvania, both of which are over 100 miles from Washington. The city and its suburbs are reliably Democratic.