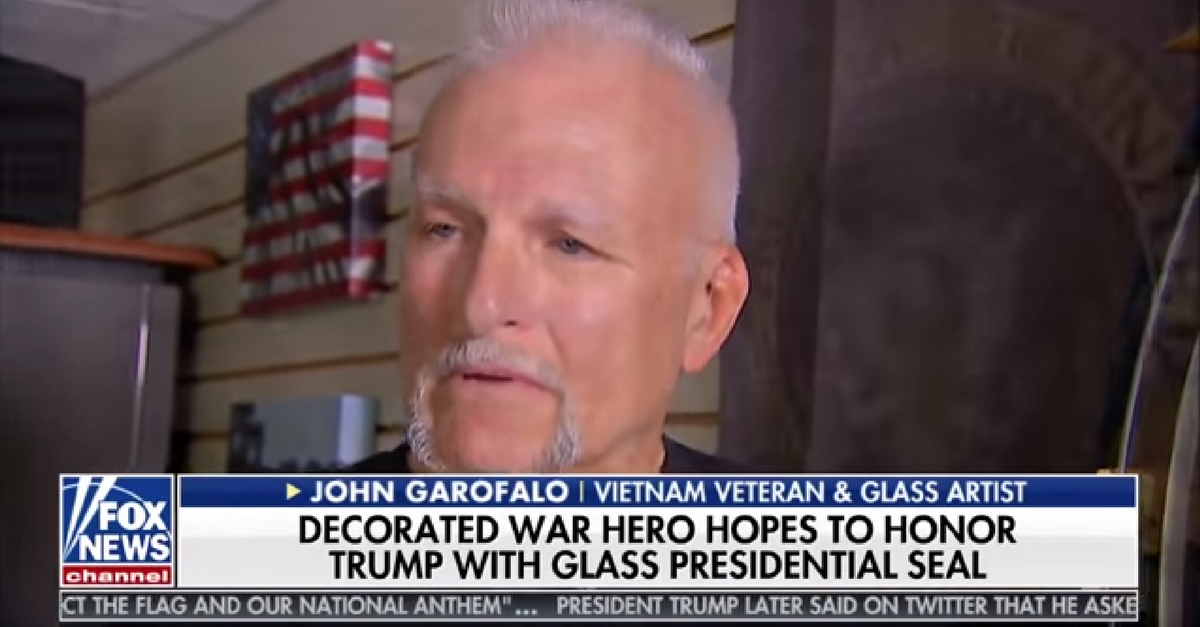 After running a profile on John Garofalo, an alleged 72-year-old “highly decorated Navy SEAL,” earlier this month, Fox News issued a retraction after his whole story turned out to be fake.

“Unfortunately, all of Garofalo’s claims turned out to be untrue. The fact is that he did not serve in Vietnam,” the network said in a statement. “He was never a U.S. Navy SEAL. Even though he showed us medals, Garofalo was not awarded two Purple Hearts or any of the other nearly two dozen commendations he claimed to have received, except for the National Defense Service Medal.”

RELATED: Don’t share this photo of a wounded combat veteran — here’s why

A representative for Fox News declined to comment on whether any disciplinary action would be taken in effort to prevent future mistakes. However, the network did conclude its statement with an apology to viewers, “especially veterans and servicemen and women.”

Just one day after running the story, retired SEAL Don Shipley reportedly brought Garofalo’s stolen valor to Fox News’s attention. The network, however, waited a full eleven days before finally issuing the retraction. Garofalo, who claimed to have earned 22 medals — including two purple hearts — in the Vietnam War as a Navy SEAL, has also apologized for lying about his record, saying he’s “ashamed” of his actions.

“I didn’t mean to cause so much disgrace to the SEALs,” he said.

RELATED: This Navy SEAL shows no mercy to a “Stolen Valor Turd” who was pretending to have served