Kellyanne Conway did not let her sitting-related controversy stand 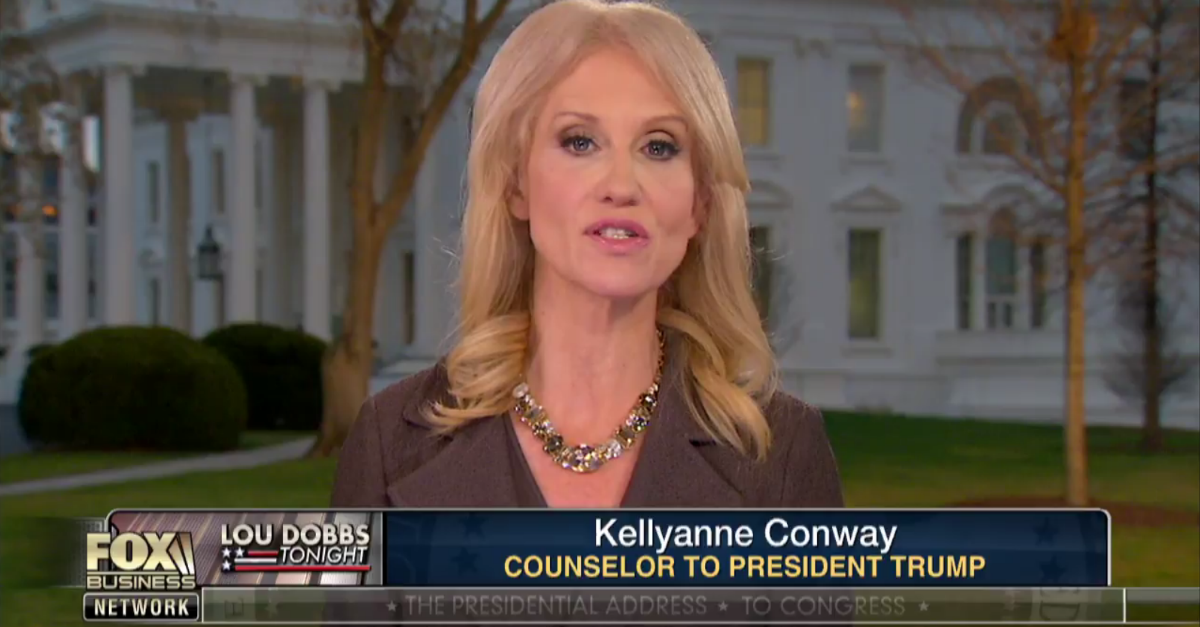 Kellyanne Conway has been the day-long face of the latest White House scandal.

A picture was shared of the senior aide on her phone with her feet on the sofa:

Now, you can't expect us to take this "meeting" seriously when this is the setting. pic.twitter.com/IAx34PlliM

Shortly after the internet exploded, Conway appeared on Fox Business’ “Lou Dobbs Tonight” to speak out.

“I was being asked to take a picture in a crowded room with the press behind us,” she explained. “I was asked to take a certain angle and was doing exactly that. I certainly meant no disrespect, I didn’t mean to have my feet on the couch.”

Conway agreed with host Lou Dobbs that the intent behind the sharing of the picture was malicious.

“This came from a journalist who is not happy that Donald Trump is president,” she concluded.