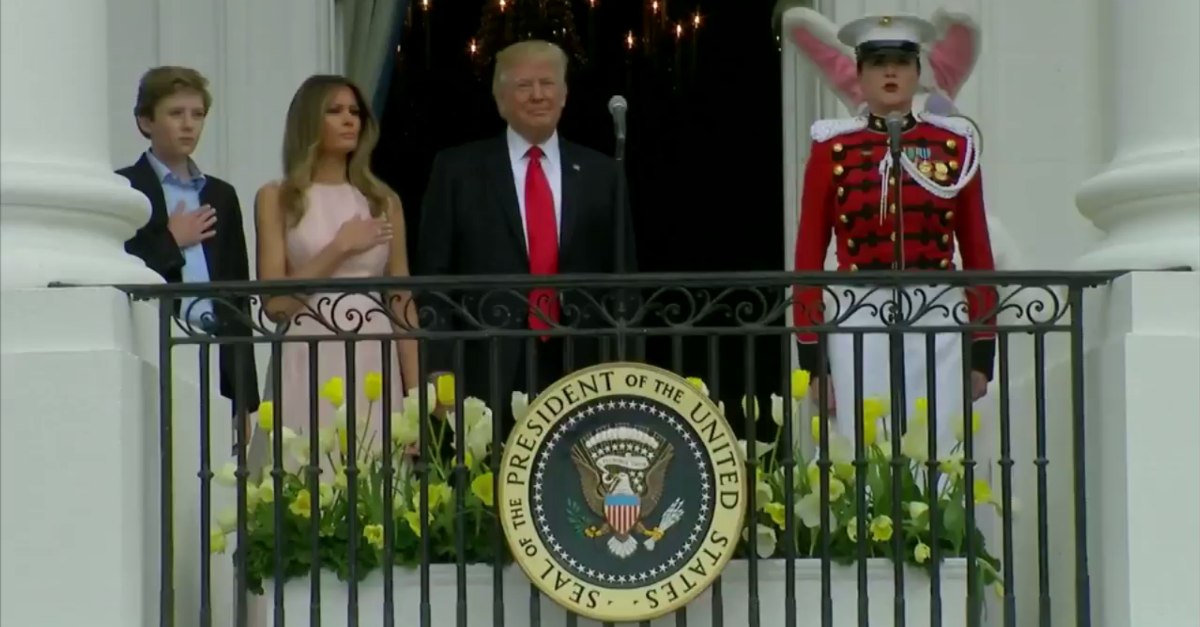 President Donald Trump and First Lady Melania Trump presented the first White House Easter Egg Roll of the new administration. Though the event kicked off without a hitch, there was a very brief moment that caught some journalists’ eyes.

As the National Anthem played, the first lady lightly tapped the president to indicate that it was time to place his hand over his heart:

.@FLOTUS nudges @POTUS to put his hand on his heart https://t.co/83chky3DIm

*Melania nudges Trump to do the same*

It appears that Melania hits Trump when the National Anthem starts to remind him to raise his hand. pic.twitter.com/WNUKZCShD6

The moment in which it seems Melania Trump nudges Pres. Trump's hand during National Anthem. pic.twitter.com/IJwNKmFWfj

RELATED: Eager parents took things to the eggs-treme at Easter egg hunt and left kids in the dust

Some openly mocked the president after:

In which Trump's immigrant wife reminds him how to do patriotic.https://t.co/mW1SafIvWt

@CNN LOL not very subtle. I am sure he was pondering something important like the crowd size.

In an age of intense outrage over National Anthem controversies — even the president has involved himself in one — it’s best to be mindful when appearing before the public.