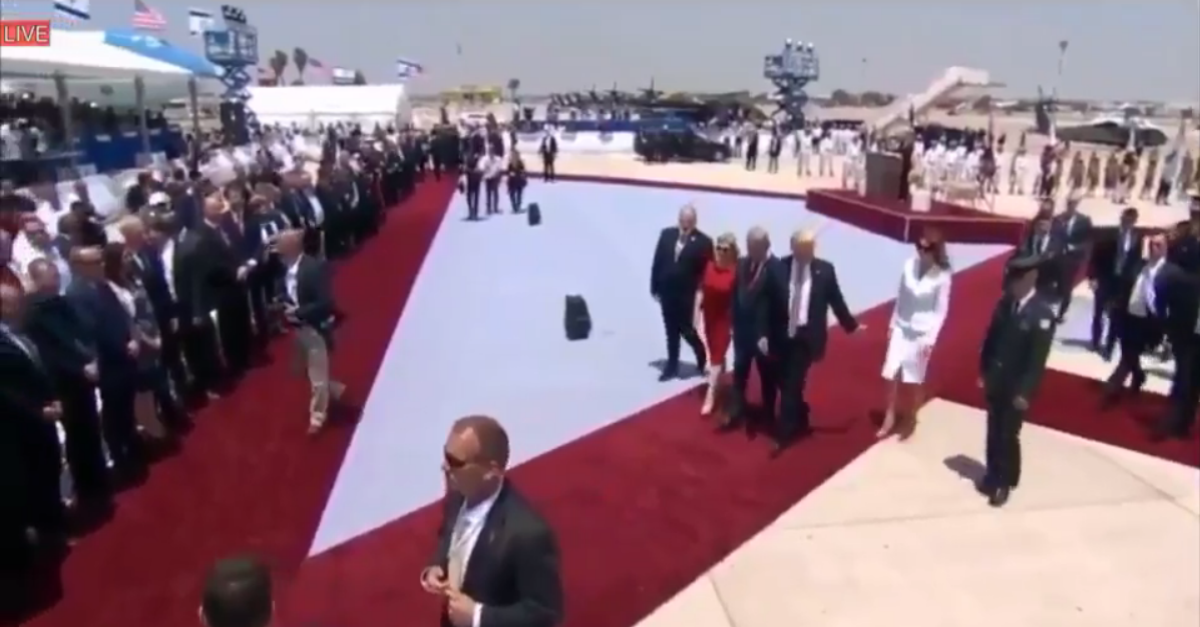 While many have spent time analyzing what the trip meant for foreign relations, others couldn’t stop talking about another moment.

The president and First Lady Melania Trump walked down a tarmac in Israel when the First Lady appeared to slap away her husband’s hand:

It appears First Lady Melania Trump slaps away Pres. Trump's hand as he reaches to hold it while on tarmac in Israel pic.twitter.com/rWsYlrEJeS

The ladies of ABC’s “The View” couldn’t keep it together.

Both the co-hosts and the audience couldn’t contain their laughter at the video. In fact, they insisted playing it two more times.

“It was like a flick of the wrist,” Sunny Hostin said in awe.

Whoopi Goldberg joked that perhaps Trump was trying to pinch the First Lady on the butt and she swatted his efforts away.

Joy Behar thought it was deeper, insisting, “She can’t stand him.”

“Every woman knows what that means,” Jedediah Bila said through chuckles. She and Hostin were on the same page, laughing at some of the familiar cues in relationships.

And they certainly weren’t the only ones to find some laughs from the moment.

RELATED: Roger Stone flips out about Trump meeting with Saudi Arabia and thinks he knows who was behind it

😂😂😂😂😂😂 Trump reaches back for Melania's hand. She SLAPS it away, like "GET that THING outta my face!" You go, Girl!
Tel Aviv#TrumpInIsrael https://t.co/8SXuc8hpNn