The House of Representatives was scheduled to vote on the American Health Care Act on Friday, but nearly an hour before the scheduled vote, House Speaker Paul Ryan pulled the bill.

In a press conference shortly after, Ryan simply said “We came really close today, but we came up short:”

Following the decision, both Ryan and President Trump —  who were both very vocal about their desire to repeal the Affordable Care Act as soon as possible — declared the loss was a learning opportunity and stated that they were moving on to other policies.

A Washington Post article published a day before the vote was pulled detailed Ryan and the Trump administration’s dedication to seeing the bill pass, including a moment where he reportedly begged one dissenting representative on bended knee:

Ryan got down on a knee to plead with Rep. Don Young, an 83-year-old from Alaska who is the longest-serving Republican in Congress and remains undecided.

When the speaker finished with Young, he spent about 10 minutes in an animated discussion with Rep. Mo Brooks (R-Ala.), one of the bill’s most outspoken critics. At one point, the speaker took his own arms and held them up, his hands at face level, then slowly lowered them to his waist — presumably trying to demonstrate his belief that the bill will lower costs.

The bill had been scrutinized by the Republican representatives in the House Freedom Caucus, Republican senators, and several prominent conservative groups. 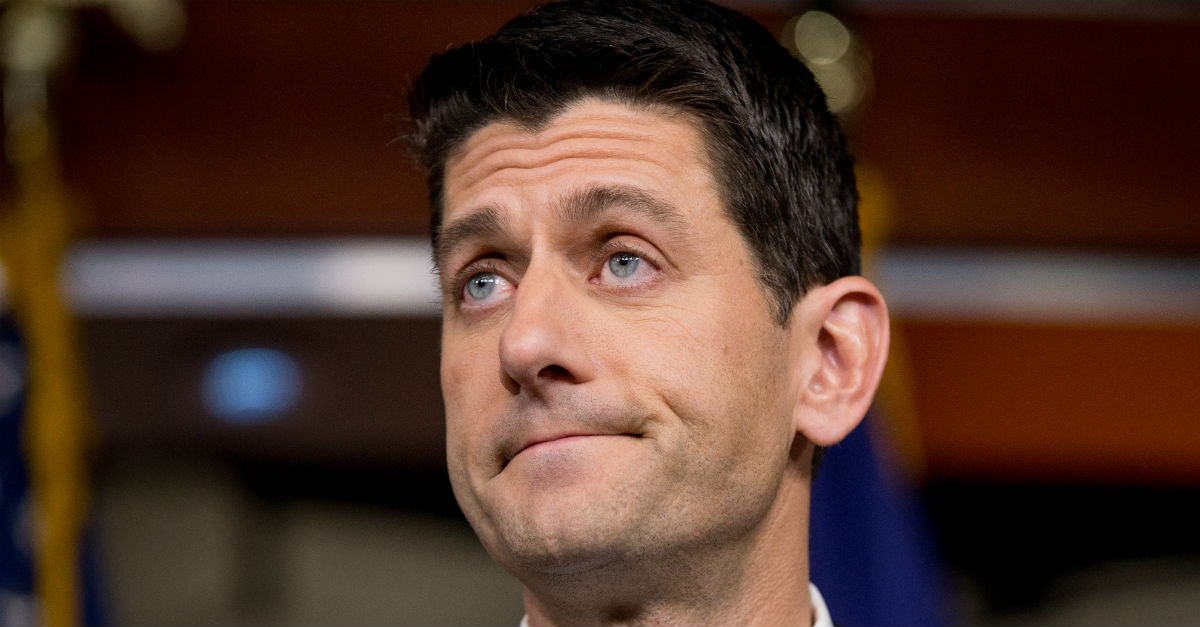