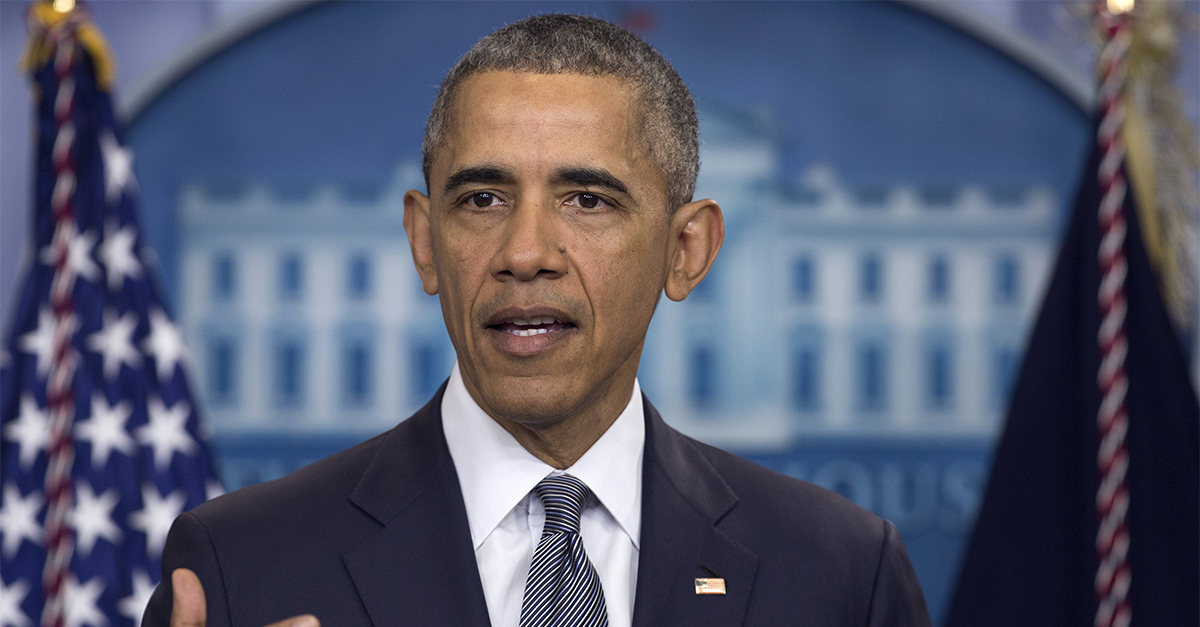 AP Photo/Carolyn Kaster
In this photo taken May 6, 2016, President Barack Obama speaks in the briefing room of the White House in Washington. There's no cheering at the White House for Donald Trump, but his ascent as the presumptive Republican nominee means a few of President Barack Obama's key achievements could be more likely to survive after he leaves office. (AP Photo/Carolyn Kaster)

President Obama sat down for a Facebook live interview with Vox’s Ezra Klein and Sarah Kliff in the final weeks of his presidency.

Just days before the interview, House Republicans made real waves to meet their goal of placing an Obamacare repeal on President-elect Donald Trump’s desk by February 20.

In response to these moves, Obama addressed Republicans, telling him that he was opening to repealing the health care bill. However, he provided some stipulations for his  support in the matter:

If you in fact can put a plan together that is demonstrably better than what Obamacare is doing, I will publicly support repealing Obamacare and replacing it with your plan. But I want to see it first.

The president also said that he wanted a third-party to evaluate the plan.

Democrats have criticized Republicans’ lack of a replacement. “Republicans say ‘repeal and replace.’ The only thing that has going for it is alliteration,” jabbed House Democratic Leader Nancy Pelosi.

Pence said that actions on Obamacare would take place on “day one,” but was not forthcoming with details. Because of this, various Republicans are warning their colleagues to provide more details about the repeal and steps following in order to ensure a smooth transition. Other Republicans have advised their colleagues to repeal and replace Obamacare at the same time.

RELATED: Here’s how Mike Pence says that the Trump administration will stay in the “promise-keeping business”

You can watch the full interview here: