A new poll suggests that the majority of Americans trust CNN more than they trust the president.

“The fight […] between the White House and major media outlets has made the question of truthfulness just as partisan-tinged as health care or other policies,” Survey Monkey’s Senior Vice President Jon Cohen said.

RELATED: President Trump sent out a tweet, and everyone lost their freaking minds

In fact, when asked whether Trump was more trustworthy than the Washington Post or the New York Times, American adults trust the newspapers more than the president by a nine point margin. ABC, CBS and NBC were deemed more trustworthy than Trump among all adults by an eleven point margin. Republicans polled, however, had a similar disproportionate trust in the president.

Of the 4,965 adults polled, 33 percent of Republicans exclusively get their news from Fox News. 64 percent of adults don’t approve of the president’s Twitter behavior with 47 percent describing his tweets as “undignified,” 34 percent describing them as “mean,” 26 percent saying they’re “entertaining” and just 7 percent calling them “presidential.”

“[T]he biggest danger for Republicans is that they grow content with firing up the base: Fully three-quarters of pure independents (those that don’t lean one way or the other) disapprove of Trump’s tweeting, and their top three descriptors for it are ‘undignified,’ ‘mean,’ and ‘dishonest,'” Cohen continued. “A red flag for Democrats continues to be a perception that Trump is isolating himself from the GOP base with his tweets. Not only do most Republicans approve of his use of Twitter, but asked to describe those tweets, the No. 1 mention among the GOP is ‘truthful,’ with ‘entertaining’ in second place.” 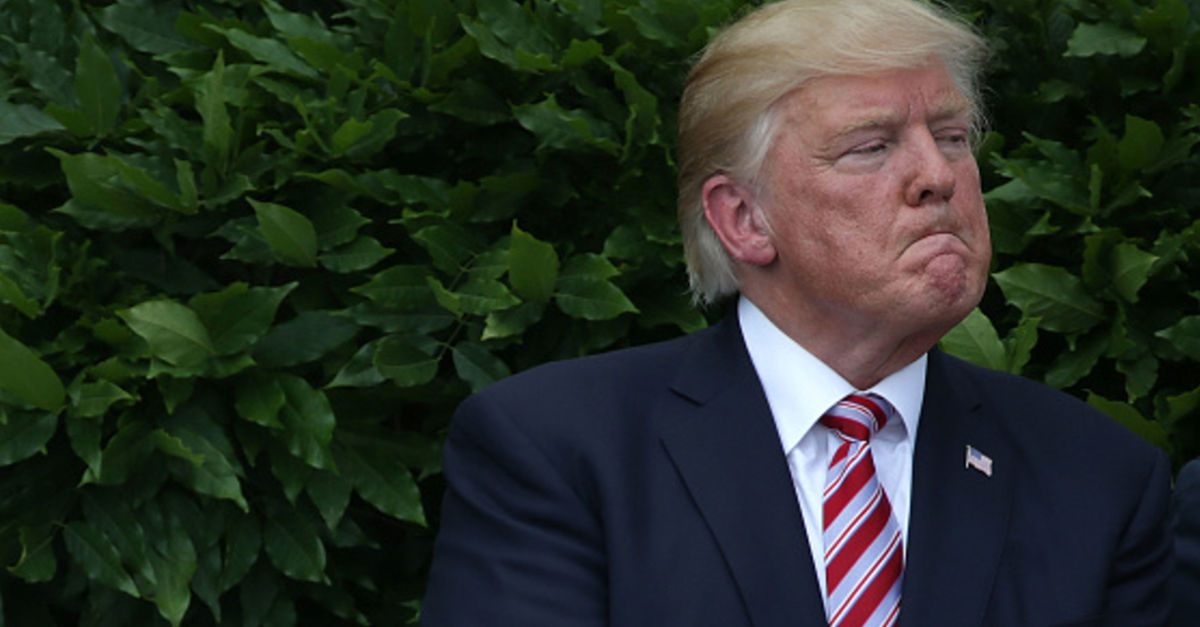