The Women’s March on Washington attracted a tightly packed crowd of half a million. The march, which gained national press not only for its size but also its shaky relationship with pro-life feminists, was carried out with the intention of addressing a wide range of women’s issues in the face of President Trump’s tenure the day after he was inaugurated.

During an ABC exclusive interview, David Muir asked Trump about the women’s march.

RELATED: Whoopi Goldberg shared her experience from the historic Women’s March on Monday’s “The View”

“Let me just ask you while we’re standing outside, could you hear the voices from the Women’s March here in Washington?” Muir asked. “Could you hear them from the White House?” He noted the size of the crowds, telling Trump that he was the president for those concerned voices as well.

“No, I couldn’t hear them,” Trump replied. From there, the new president spun the interview on its head.

RELATED: After this weekend’s world-wide Women’s Marches, Bristol Palin had “3 serious questions for the feminist movement”

Trump informed Muir that the March for Life, an annual gathering of pro-life advocates, was set to occur on Friday and would also attract large crowds to Washington, D.C. He asked why the press did not cover the March for Life as it did the Women’s March:

“The crowds were large, but you will have a large crowd on Friday, too, which is mostly pro-life people. You’re going to have a lot of people coming on Friday. And I will say this, and I didn’t realize this. But I was told. You will have a very large crowd of people. I don’t know as large or larger. Some people said it will be larger. Pro-life people and they say the press doesn’t cover them.”

“No, you should,” Trump responded.

Rather than share what he would say to the unequal coverage of both events, Muir asked Trump about his reaction to the Women’s March. To that, Trump said he had a “responsibility to everybody, including people that didn’t vote for Donald Trump. ” 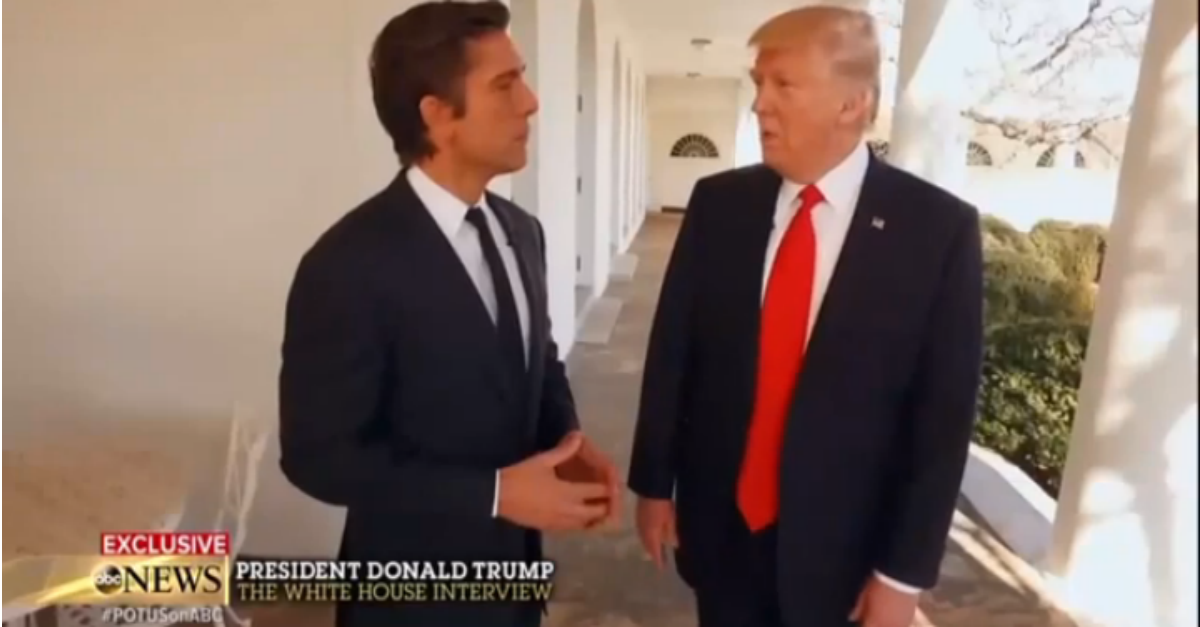