Menu
Follow us
Search
Menu
Search
A billboard for CNN is shown Monday, Feb. 1, 2010 in New York. Time Warner, which owns CNN, says it reversed its losses in the fourth quarter, as its cable channels and movie studio boosted revenue. (AP Photo/Mark Lennihan)

Right now, Donald Trump and the press are like two secret agents who have fallen out of a plane and are fighting over a single parachute. They scuffle with each other and bloody each other, while scarcely noticing that they’ve plummeted to new lows of abasement. Occasionally one or the other will have a moment akin to Jaws crashing through the circus tent in “Moonraker” where such a sharp humiliation is suffered that it seems the other side really has won and the floor has at last been found. And then the next day they’re impossibly back in the air, tussling yet again.

Trump’s collision moment came back in February, when he gave a press conference so nutty that for a fleeting moment we were all the BBC. Now its the media’s turn to find its nadir, after a week that’s unleashed a seemingly never-ending pageant of narcissism and error out of our cable news-locked televisions. Shall we review? I really don’t want to.

It began on the set of “Morning Joe,” an MSNBC reality show about a former Greek chapter president desperate to be taken seriously, his monosyllabic bride-to-be Mika, and their team of animatronic sidekicks who laugh and grunt and occasionally break into Thomas Friedman-inspired choral renditions of “It’s a Flat World After All.” The only reason to watch “Morning Joe” is if you get your kicks off of seeing the Davos conventional wisdom reinforced. Yet Trump apparently counts himself as a viewer and last week fired off a disgusting tweet claiming Brzezinski was “bleeding badly from a face-lift” when he saw her last New Years Eve.

RELATED: This week proved that so-called “true journalism” has no idea how to handle social media

If you’d frozen everything there, the media would have come out as moral victor. But this being Mika and Joe, they had to subject everyone to a days-long saturnalia of self-aggrandizement. “We got a lot of texts, a lot of calls, from ambassadors, leaders, that we’ve known through the years across the world,” Joe droned. The duo later boasted that White House aides had “begged” them to apologize to the president so he would stop the National Enquirer from running a salacious story about them, which was later published anyway under the headline “Joe & Mika: TV Couple’s Sleazy Cheatin…”

Sorry, I lapsed into a coma for a couple hours there. Let’s continue over at CNN, which has had a week that makes Ben Stiller’s numerous persecutions at the hands of his in-laws look enviable. In no particular order, the network aired a false story about a Trump confidante’s links to Russia that resulted in three of its journalists resigning; was rocked by an undercover video that showed a CNN producer admitting Trump’s alleged collusion with Russia was thus far “bullshit”; hunted down a Reddit user who’d made an innocuous anti-CNN viral video and threatened to expose his identity if he posted anything offensive ever again; and dispatched Jim Acosta to accuse Trump of giving a fake news conference seconds before he himself got a major fact wrong.

Commence the (inexcusable) death threats against CNN and self-righteous persecution complex from corporate. Jeff Zucker, the network’s president and noted maestro of late-night TV fiascos, clucked to the Daily Beast that “This is what happens when you try to delegitimize an institution that is doing its job.” Sure…but that exact line could be applied to what the press has done to Trump, flogging the Russia story without sufficient evidence, delegitimizing the democratically elected president. Trump needs no help in demeaning himself, of course, but the press has been so fanatically tilted and so frequently wrong in its White House coverage as to make themselves increasingly appear as a mirror image of that which they despise.

RELATED: In his foreign press conference, President Trump declares CNN “has been fake news for a long time”

Zucker continued: “I think it is shameful on the part of the administration and other politicians to cause a frenzy against something that is guaranteed in the Constitution of the United States.” Again, pot meet kettle, First Amendment meet Article II. This is the belief of many in journalism, that the constitutional right to a free press is also a constitutional right to a sacrosanct press, that the mud they sling should only ever go one way. A few gauche tweets does not make us Hungary. If Trump tries to silence CNN, then we can talk.

In the meantime, these squabbles have accomplished little except to sully everyone involved, more so the media this week, perhaps more so Trump the next. This war between the president and the press has made both worse, and it shows no sign of abetting. 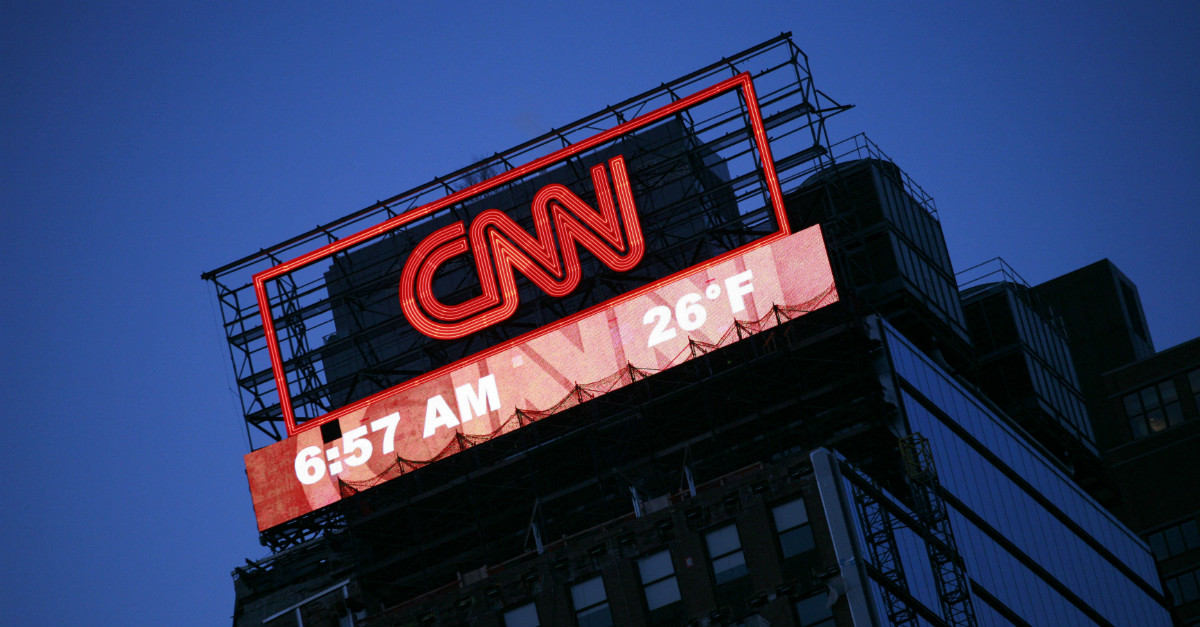