(WARNING: Video in story below is not edited for profanity, viewer discretion advised.)

Though the controversy of Trump’s use of the word “pussy” is over the context in which he said it, CNN’s Christiane Amanpour asked Russian Foreign Minister Sergey Lavrov what he thought about Trump’s language. Amanpour mentioned the Russian punk rock feminist protest band Pussy Riot. (Three members of the band were jailed after a making a music video criticizing Russian president Vladimir Putin.)

Amanpour: Can I just try one last question? One last question. A bit cheeky, but I’m going to ask you. Russia had its own Pussy Riot moment. What do you think of Donald Trump’s pussy riot moment?

Lavrov: Well, I don’t know what this would — English is not my mother tongue, I don’t know if I would sound decent. There are so many pussies around the presidential campaign on both sides that I prefer not to comment on this.

Amanpour laughed, saying that she was not expecting his answer.

With the historically high rate at which both main party presidential nominees are disliked by American voters, Lavrov might hear some cheers after his interview. 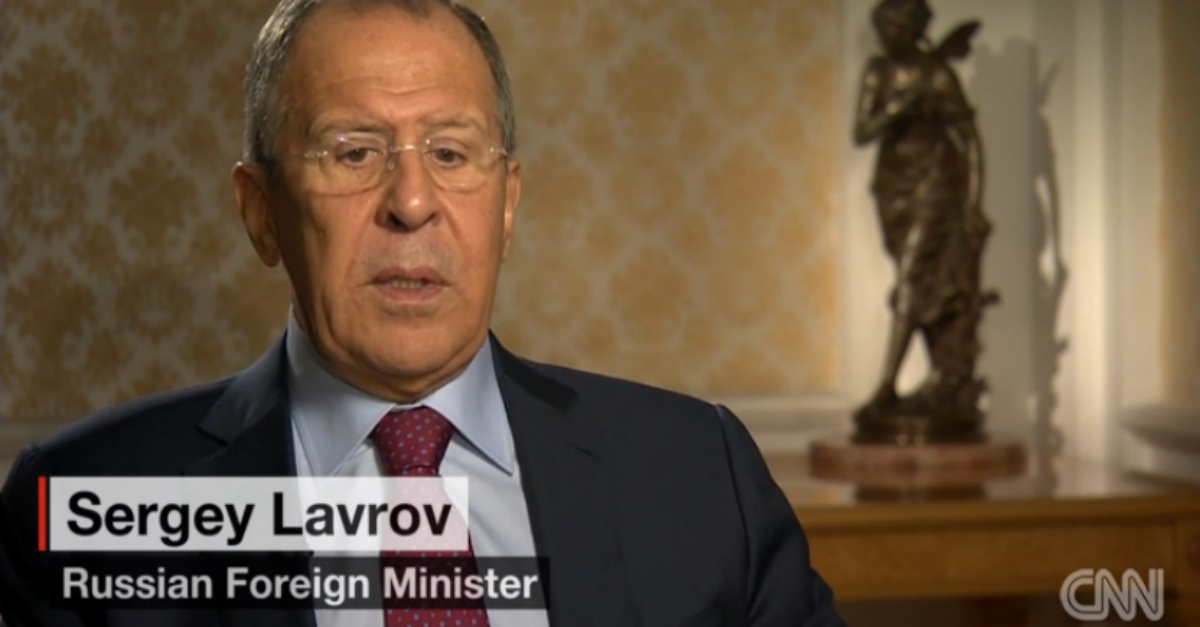