Obviously, these pancakes looked a little different than normal:

Spinach pancakes for #NationalPancakeDay (we won't eat them all tonight although Charlotte would if we let her)! pic.twitter.com/9zgWZ0k94W

Clinton explained that they were spinach pancakes for her daughter, Charlotte.

But the internet decided that it wasn’t having it with the green oddity:

why would you do this to something good. https://t.co/iGcn1s01fD

Clinton responded to the criticism with a confession about her daughter:

Dear internet, my daughter needs +iron so we put spinach in everything we can. The pancakes may not be pretty but she eats them(&their iron)

“Dear internet, my daughter needs +iron so we put spinach in everything we can. The pancakes may not be pretty but she eats them(&their iron),” she explained.

If anyone is in need of more iron in their diet, Clinton provided a recipe:

We +puréed spinach which we blend after steaming to our regular pancake recipe but with a little less mix-Hope that makes sense! 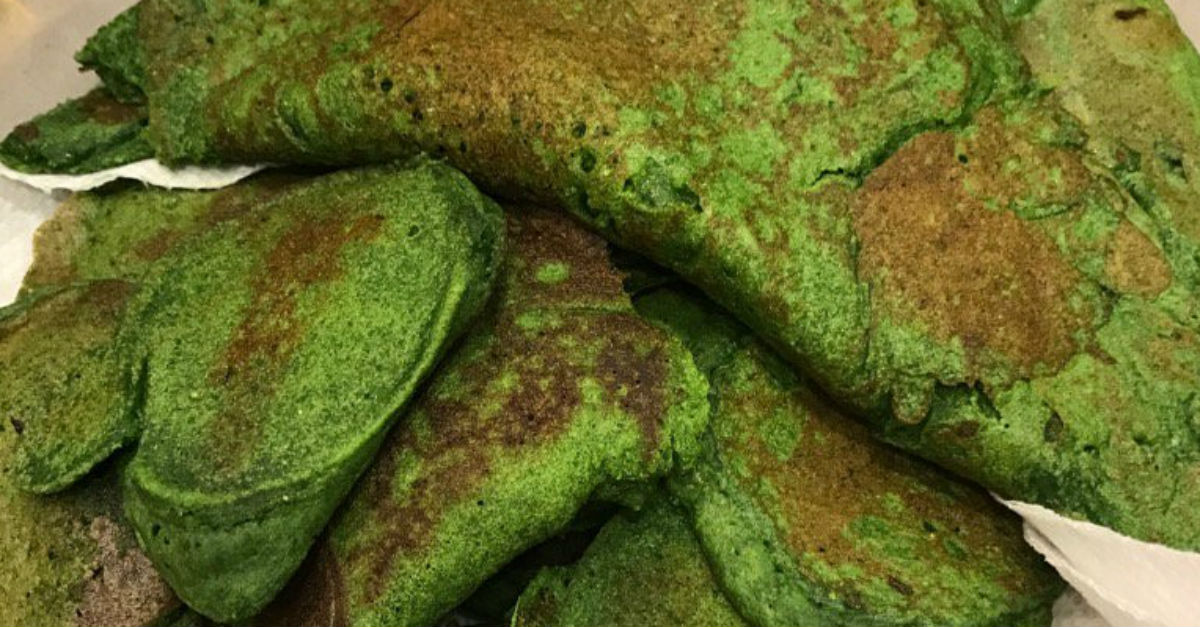