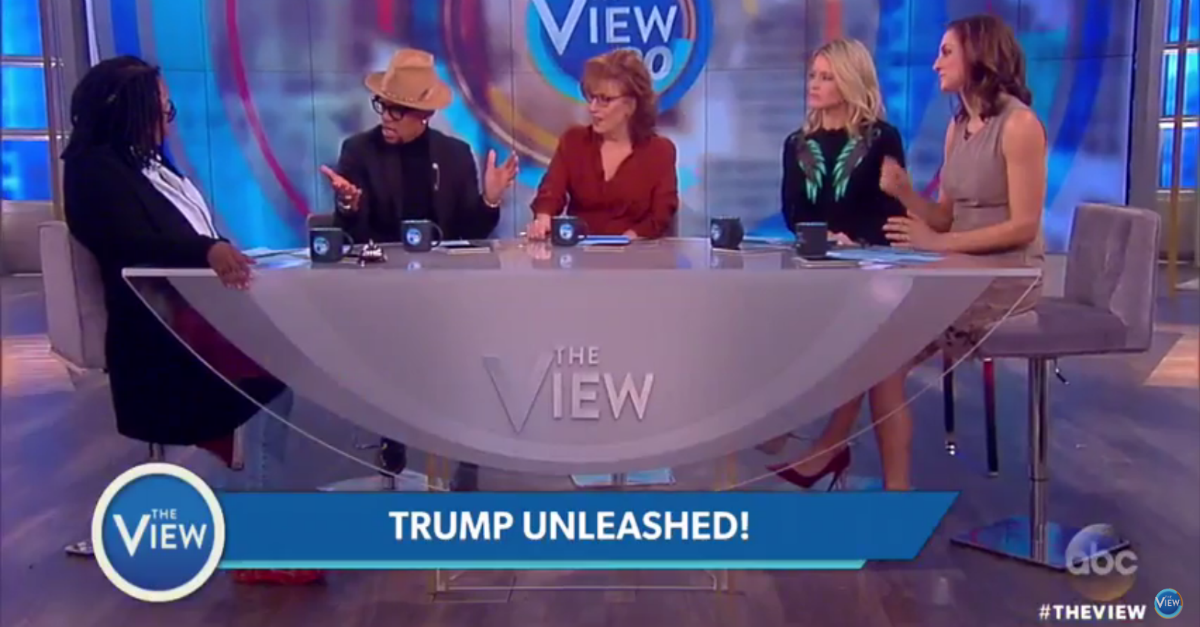 President Trump had a bit of a hostile exchange with CNN White House correspondent Jim Acosta during a Thursday press conference.

He used much of the time criticizing the network as well as airing personal grievances about one of the network’s shows, even after a question was asked in regards to the White House’s relationship with Russia following the resignation of Michael Flynn.

The ladies of ABC’s “The View” reacted to Trump’s performance in the press conference.

“What’s he distracting us from?” wondered co-host Whoopi Goldberg.

Comedian and political commenter D.L. Hughley had his own theory about Trump’s behavior, joking that “Any man that wears a combover, looks in the mirror and lies to himself every day. If you can lie to your face, you can lie to America.”

Co-host Joy Behar called some of Trump’s bombastic statements “dangerous” but also observed that she thought he was going to throw up throughout the press conference.

It’s safe to say that no one was a fan of Trump’s press conference, which became one of Thursday’s top trending topics on Twitter.