On the same day Donald Trump is visiting Boeing in South Carolina, one of that state’s most prominent congressmen is making it known that just because they belong to the same party, that doesn’t mean the president will get a free pass.

In a lengthy profile of Rep. Mark Sanford published Friday, Politico explores the congressman’s openness in discussing the 2009 controversy over his extra-marital affair when he was governor of South Carolina. But the congressman’s take on President Trump, particularly within the context of the unique freedom Sanford believes he has given his past, is perhaps most interesting.

“All this gives Sanford a unique sense of liberation to speak his mind about a president whose substance and style he considers a danger to democracy,” writes Politico’s Tim Alberta. “I’m a dead man walking,’ (Sanford) tells me, smiling. ‘If you’ve already been dead, you don’t fear it as much. I’ve been dead politically.'” […]

Sanford swears he has nothing personal against the new president; in fact, he’s heard good things about him personally from several mutual acquaintances. But, he says, he can’t “look the other way” as Trump peddles false information to suit his political aims. “I believe in a war of ideas … and I tell the staff all the time: Look, we’re in the business of crafting and refining our arguments that are hopefully based on the truth,” he adds. “Truth matters. Not hyperbole, not wild suggestion, but actual truth.”

He stops himself. “Our republic was based on reason. The Founding Fathers were wed to this notion of reason. It was a reason-based system. And if you go to a point wherein it doesn’t matter, I mean, that has huge implications in terms of where we go next as a society.”

“You want to give anybody the benefit of the doubt. I mean, I’ve learned that through my own trials and tribulations,” Sanford told Politico referring to President Trump, while also citing the Appalachian Trail episode of 2009. “But if you see a pattern of over and over and over again, wherein facts don’t matter and you can just make up anything … ”

RELATED: Rand Paul: “I don’t think ‘ObamaCare-lite’ is what we should do”

Sanford’s record as a congressman in the 1990s, South Carolina’s governor nearly a decade ago and representing that state’s 1st Congressional District today reveals a voting record that is line with some of the most libertarian members of Congress, on everything from foreign policy to civil liberties to spending. Former Texas Congressman Ron Paul has noted that often the only two “no” votes coming from Republicans in the ’90s against military intervention or big government expansions came from himself and Sanford.

Politico speculates whether Sanford’s controversial history combined with his libertarian Republican brand might pose a challenge to one of South Carolina’s sitting senators:

The scenario of Sanford challenging Lindsey Graham in a 2020 Republican primary has been the subject of excited whispers in Columbia and Washington since Trump’s inauguration. Blackstone, Sanford’s longtime friend, former staffer and the current Chamber of Commerce chief, brings it up unsolicited when I ask about the possibility of Sanford running for governor. “Deep down he’s an adventurer, he likes to try different things. So quite frankly you’ve got to look at other races,” Blakstone tells me. “Lindsey is always going to be vulnerable to his right. And Sanford’s got the conservative credentials. He’s got baggage as well.”

“When I ask whether he’ll rule out running against Graham, Sanford is less than equivocal,” Politico notes. “I don’t know where life goes,” he says. “All I know is that I believe I’m supposed to try and be the greatest House member that I can be for the 1st Congressional District, and that’s where I’m focused.”

Libertarian Republican Rep. Justin Amash, who also has often been an outspoken Trump critic, emphasized to Politico how dedicated the South Carolina congressman is to conservative principles. “Sanford will never back down,” Amash said.

On Tuesday, Sanford penned an op-ed for Rare announcing his plan to repeal and replace Obamacare. His bill is the companion legislation to Sen. Rand Paul’s plan to replace the Affordable Care Act. 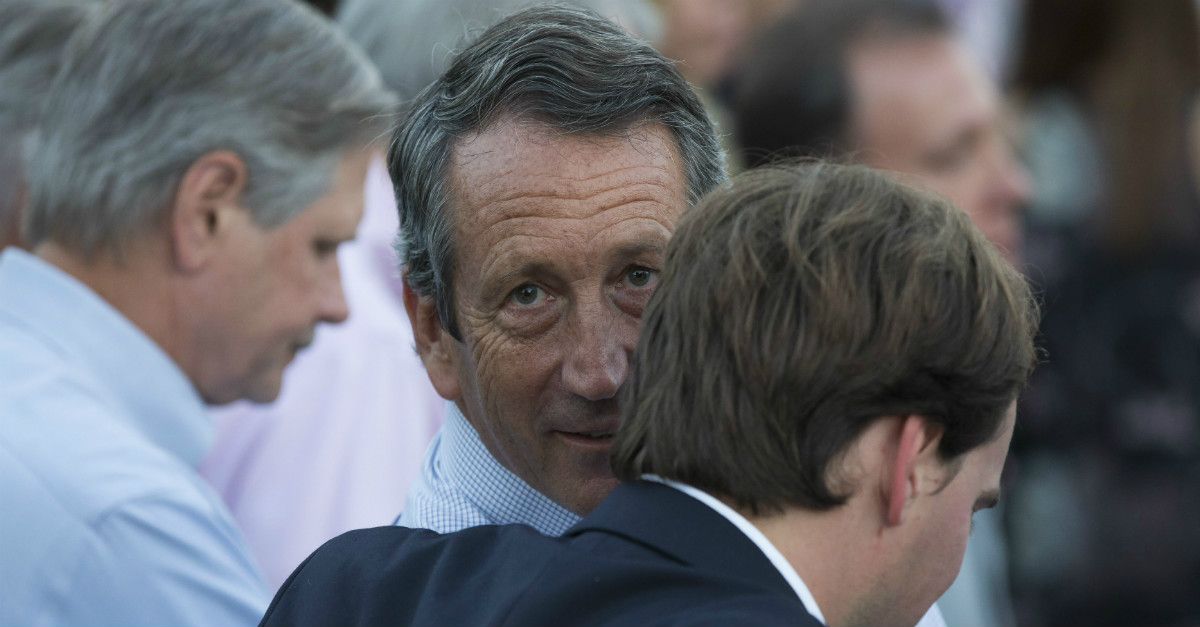