They both had many questions about the White House’s knowledge and lack of knowledge of Flynn’s actions.

“Why was the Vice President of the United States kept in the dark and allowed to go on television and lie and not have anybody go to him who knew in White House that he had been pushed out to lie?” Scarborough asked.

“It’s not nothing anymore,” Brzezinski said. She indicated that both Flynn and the administration’s actions showed that there were very real questions about Russia’s involvement in the White House. 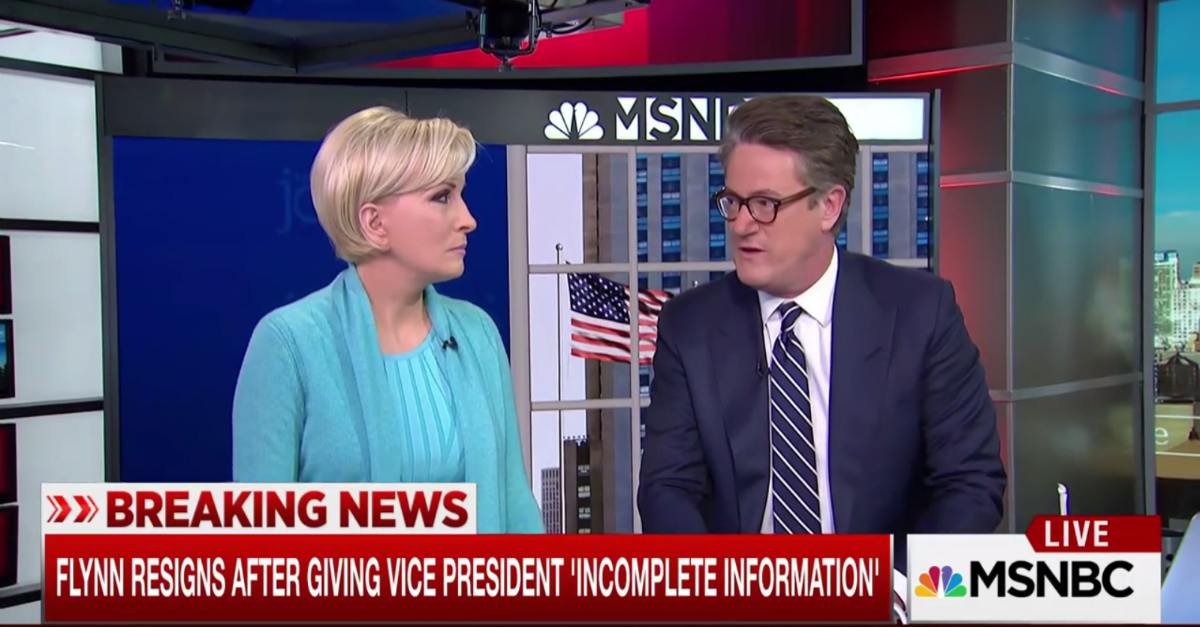