Things grew a little contentious on Sunday morning when White House senior policy advisor Stephen Miller was interviewed by ABC’s George Stephanopoulos. The main topic of conversation was voter fraud, which President Donald Trump and his administration have claimed was a big issue during the 2016 presidential election. Even though Trump won the presidency by way of the electoral college, he lost the popular vote. On Sunday, Miller claimed that mass amounts of voters had been bused in to vote in New Hampshire from Massachusetts.

Miller’s greatest bit of evidence came in the form of an oft-repeated anecdote.

As someone who has worked in New Hampshire politics, Miller knew that there was a problem. He claimed that many people from New Hampshire also know of the voter fraud problems.

“Anyone who’s worked in New Hampshire politics” knew about this issue, Miller claimed.

Despite follow up questions from Stephanopoulous, Miller didn’t say much more than that during their exchange.

“Just for the record, you have provided no evidence,” Stephanopoulous countered.

“It is a fact, and you will not deny it that there are massive numbers of non-citizens in this country registered to vote,” Miller said.

“The non-citizen voting issue is pervasive and widespread.”

Despite his claims, Miller did not reveal any new evidence or answer the call from other politicians to help them investigate would could in theory be an issue that would impact both parties. Stephanopoulous gave him some advice to be taken more seriously in the future.

“You can start by providing evidence to back up your claims.” 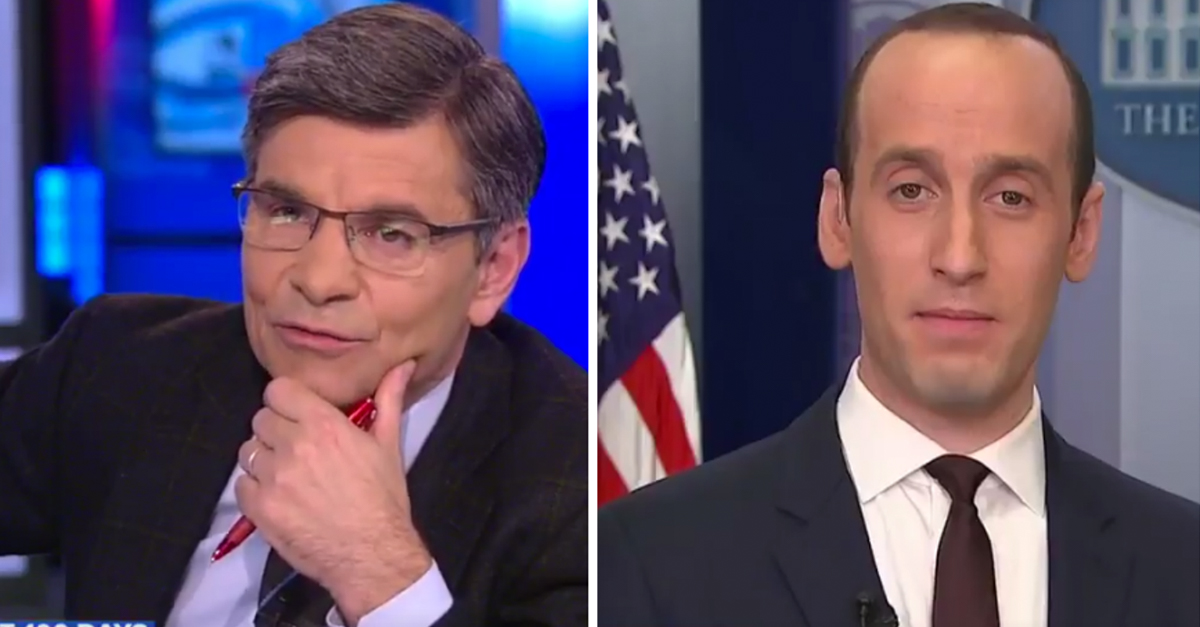