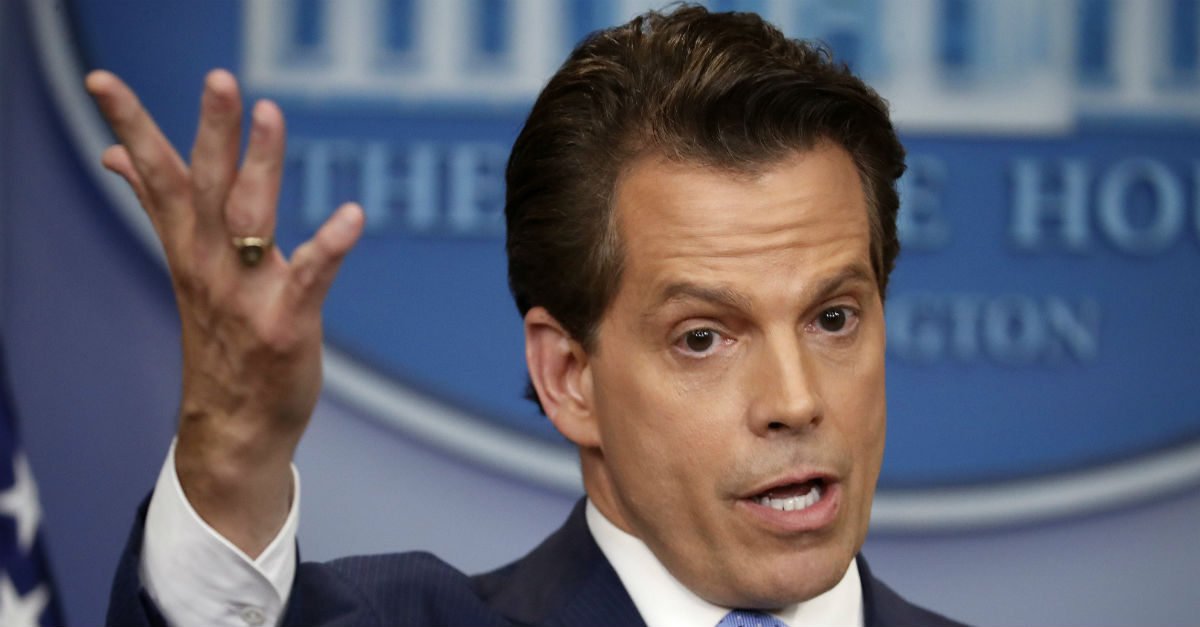 Sean “Spicey” Spicer is out, Anthony Scaramucci is in, President Trump is as happy as a clam, and Reince Priebus is in his West Wing office praying that “Mooche’s” appointment as the new communications director works out.

With Scaramucci, Trump gets an effective fighter who has plenty of experience defending the president on television. Trump reportedly loves Scaramucci for his doggedness; in a way, the financial titan from Long Island is cut from the same cloth as Trump. The instinct of both men is to attack rather than grovel, to give harder than they get, to take no prisoners when they are criticized. Indeed, Scaramucci would have been in a White House job months earlier if it weren’t for Priebus, who apparently blocked him for another communications position over concerns about his financial dealings.

Although Scaramucci’s appointment was supported by several major West Wing players – Ivanka, Jared Kushner, Gary Cohn, and Dina Powell among them – Priebus, Steve Bannon, and Spicer were all opposed to the move. As a source close to Trump’s press shop told Politico immediately after the announcement was made, “It’s really more of a joke that he’s being offered this position.” That’s because Scaramucci has never worked in a communications job before and has no appreciation for how difficult managing the president’s messaging is. In the view of many in Spicer’s camp, what the administration needs isn’t a loose cannon who could go off script, but someone who knows the ins and outs of Washington and know how to play the game.

All the musical chairs, however, may not make a bit of difference. Trump is like a lion in the wilderness who prowls about and sees prey all around him, ready to be devoured. The fact that it might upset his stomach a few hours later doesn’t make him hesitate before going for the kill – he will do what he wants to do and say what he wants to say. Spicer, Priebus, Kellyanne Conway, H.R. McMaster, and even the president’s own children haven’t been able to keep him on message. Nor has Trump’s own legal team been successful at keeping him away from anything touching the Russia investigation.

You could see this during the president’s interview with the New York Times in the Oval Office this week, during which he blathered on about the Russia inquiry, Bob Mueller’s possible conflicts of interest, and Attorney General Jeff Sessions’ performance. If potential legal complications for himself and his family don’t stop Trump from freelancing, how can a new communications director who isn’t even familiar with with how the White House press team operates?

RELATED: CNN retracts an anonymously-sourced Russia story, and the man at the center of it all responds

Judging from the first six months of the administration, it’s doubtful the new communications regime under Scaramucci will be able to instill the discipline that Priebus and so many Republican lawmakers want. Trump has spent his entire professional life strolling around Manhattan, Las Vegas, and Florida blurting out whatever is on his mind. Can we really expect the new comms director to convince the president to be more predictable? Especially when Trump has made it clear that unpredictability is his best virtue?