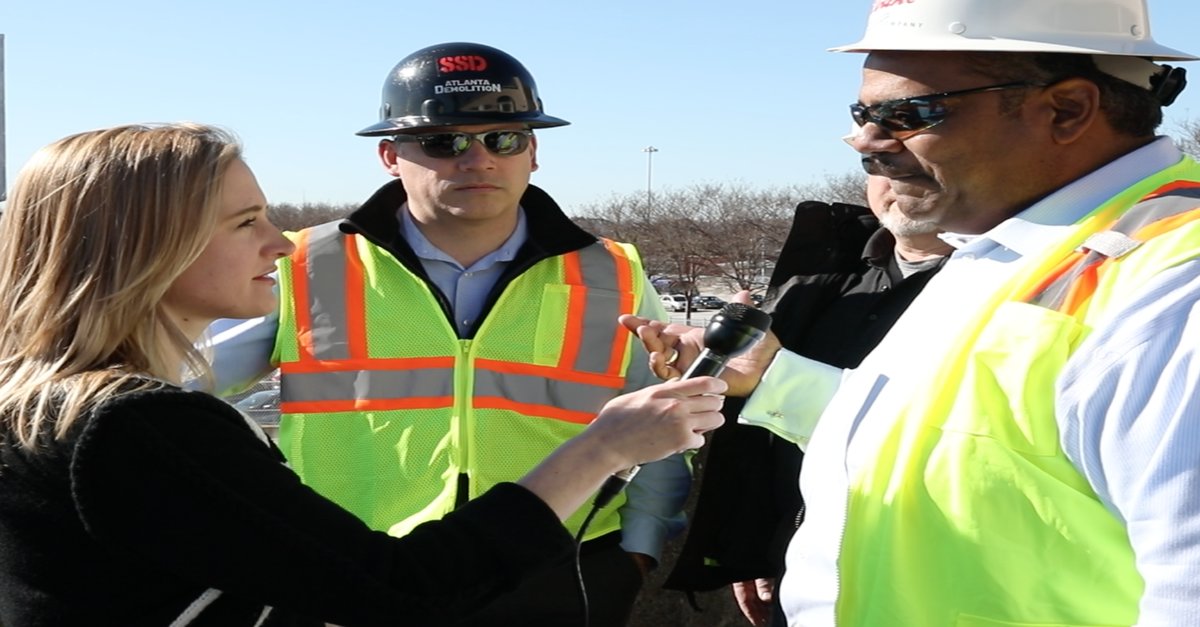 On Sunday March 5, 2017, the historic Georgia Archives Building was imploded. This implosion was put in place to make room for Georgia’s new court of appeals and supreme court building. This was a historic day for Atlanta natives, but it was also a very special day for 5-year-old Devin Simmons. On Sunday, Devin arrived with his family bright and early to help with the implosion. At 7 a.m., the 5-year-old was given the OK to push down on the plunger, which triggered the implosion. Devin is a patient at Children’s Health Care of Atlanta, where he receives treatment for his sickle cell anemia. Devin’s interest in construction stems from his father, Dameon, who is a combat engineer in the military at Fort Benning.

RELATED: This huge explosion will be detonated by a 5-year-old

On Friday March 3, 2017 we were able to get an exclusive interview with Michael Brown of Gilbane Building Company. Brown was one of the construction managers of the implosion. He walked us through what it takes to implode a building, such as the historic Georgia Archives Building. We were also given the opportunity to speak with architect Bill Clark. Clark created the blue prints for the new court of appeals and supreme court building.We were at the scene of the implosion early Sunday morning, capturing every moment leading up to the implosion.