This little boy is going viral for his Pablo Escobar Halloween costume, but not everyone is amused 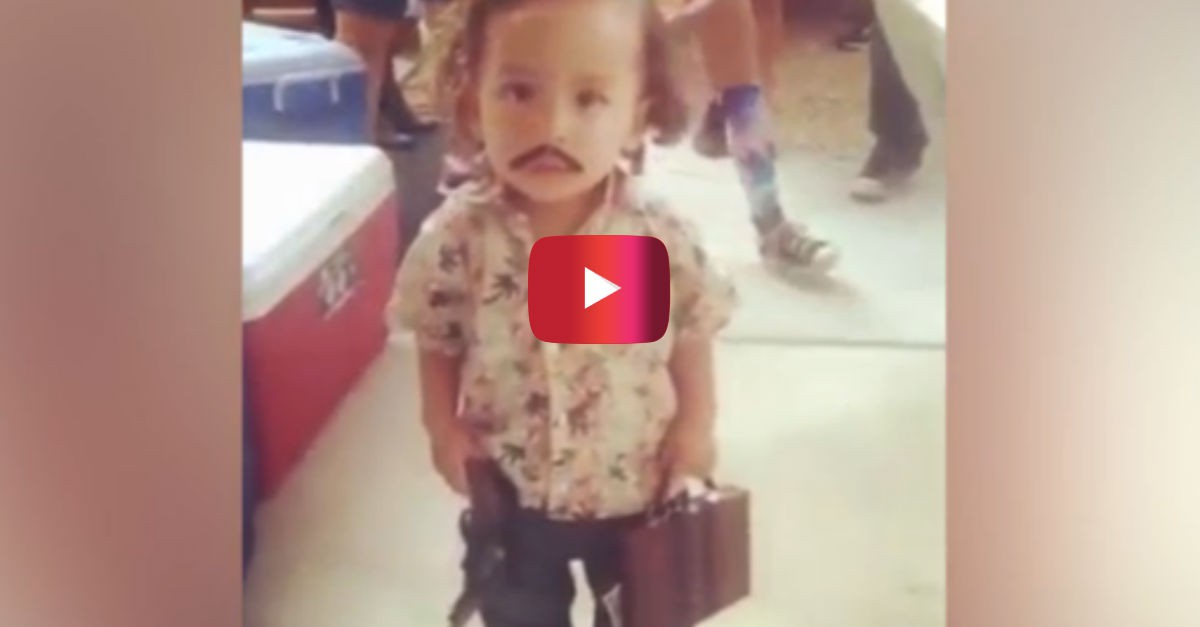 A 9-second video of a little boy dressed up as Columbian drug kingpin Pablo Escobar for Halloween is blowing up the Internet, but some folks aren’t so amused by the costume choice.

The video, which was shared on Facebook by Break and currently has over 3 million views in 20 hours, shows the boy sporting a mustache and floral shirt while holding a fake gun and tiny briefcase. The man filming certainly found the get-up amusing, and while other Facebook commenters shared his sentiments, a great deal were not too happy.

“Pablo Escobar is more then the king of coke,” wrote one commenter. “He is also The creator of narco terrorism which claimed the life of thousand of inoccent people. Including little kids like this one.”

“As a Columbian, I’m offended by anything having to do with Pablo Escobar,” a commenter wrote in Spanish.

“What the fuck happened to super heroes and monsters…” another commenter wrote.

Others didn’t think it was that big of a deal and called out others who singled out the child’s parents.

“its a costume… for a party… for halloween…. this little kid is 100x more mature than most of you little kids commenting about how he has bad parents,” one comment read.

“The only offensive issue I see is all those ridiculous comments. Instead of worrying about the skills of other parents. Why not just work on your own,” read another.

This commenter had a point to make about Halloween overall.

“People are freaking out over this kid, but don’t bat an eye at little girls dressed as Nurse Whores for halloween. Fuck off.”