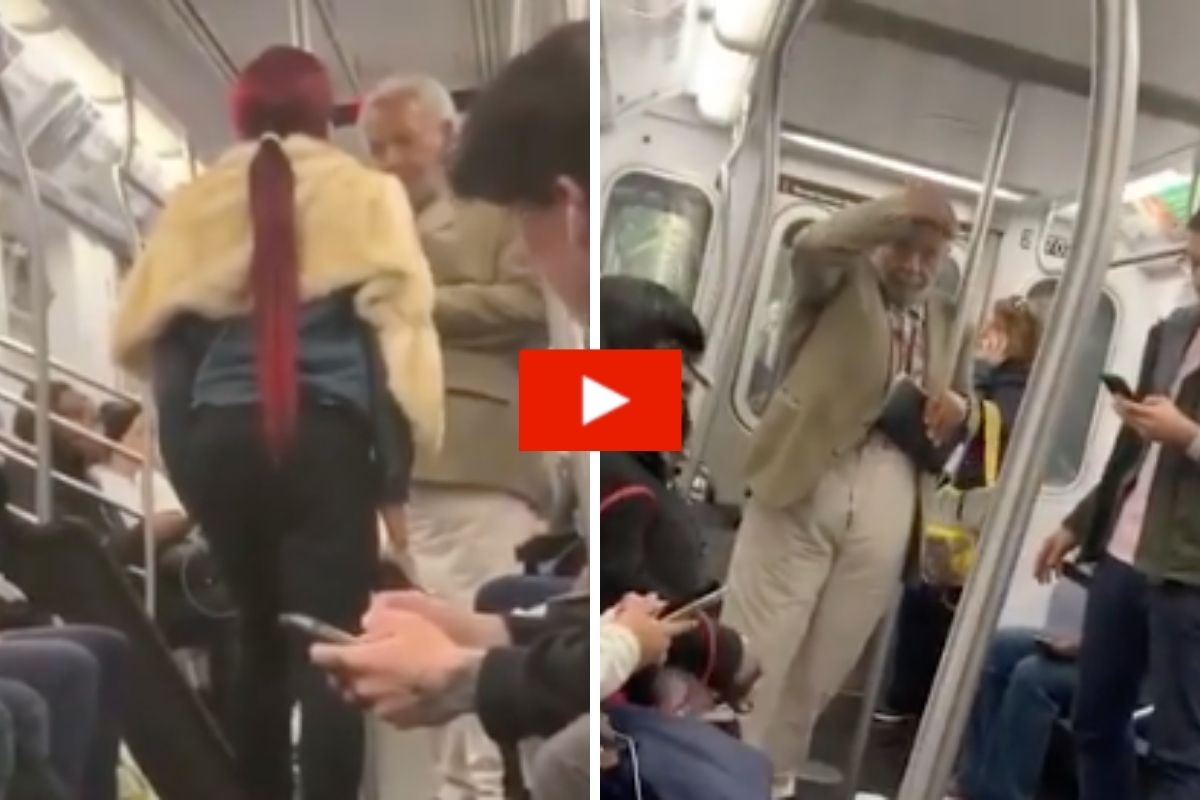 On a subway in New York City, a 79-year-old man who was preaching from the Bible was allegedly beaten bloody by a transgender woman who had attacked him with a high heel shoe. As the man was preaching and singing gospels, she had gone up to him with her spiked stiletto heel, assaulting him as she screamed and cursed at him.

The elderly man was preaching while taking a southbound No. 2 train near the 42nd Street-Times Square station, when the woman, dressed in a beige fur coat, black pants, and a red wig had attacked him. The incident was caught on video and she’s heard saying, “You want me to bust your head in this morning, huh, ­b*tch?” to which the man continues to sing gospel songs, enraging her even more into assaulting him.

She then said, “F*ck your mother, f*ck your God and f*ck everything else. Get the f*ck out of my f*cking face or I’ll bust your head in!”

Witnesses came to the old man’s aid as they asked him to hold a tissue to his head where he was bleeding from. Although they knew that woman was provoked by the man’s preaching, they understood that there was no reason for this woman to do this. One witness explained how she had seen the trans woman cause trouble before, saying, “She cussed out the woman she said was looking at her. She was going all crazy.”

Another witness had posted an entire Instagram post on social media that gained over 60k likes explaining, “This old man right here was just singing some gospel songs and sharing the word of God to people on the train, he didn’t say anything to hurt anyone, he wasn’t even loud, you could barely hear him talk but this is what he got in return from a transgendered Lady. She hit him on the head with her heels, threw his Bible away and no one didn’t do anything to help but to look at this old man bleed. It’s just so annoying because this old man was far away from Her….‍…..I was just so mad and I felt I needed to do something to help him because he was bleeding too much. He’s just an old man……. he doesn’t deserve this …Justice is needed.”

The old man was taken to NYU Langone Medical Center where he received stitches. Police officers still have not been able to identify the woman and have no intention of labeling it a hate crime. They asked if anyone has any information, to call the NYPD’s Crime Stoppers hotline at 1-800-TIPS (8477) or visit www.NYPDCRIMESTOPPERS.com.

Watch: Gross DoorDash Driver Would Only Deliver Food in Exchange for Sexual Favors