Donald Trump Wants to Add His Face to Mount Rushmore 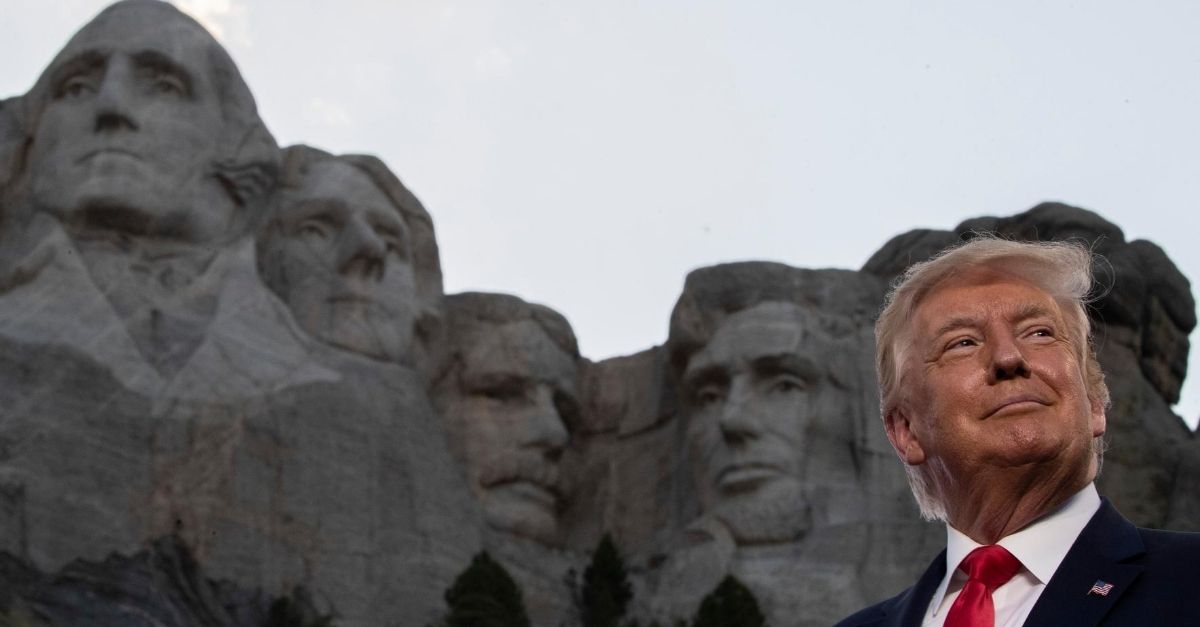 It looks like the White House had quite a busy day yesterday. According to the New York Times, White House aides reached out to the South Dakota Governor Kristi Noem last year about the process of adding additional presidents in Mount Rushmore. According to a person who spoke with the New York Times, Noem then agreed with Trump when he arrived in the state for the Fourth of July celebration at the monument with a 4-foot replica of Mount Rushmore that indeed included his face.

The Governor has noted several times about Trump’s “dream” to have his face on Mount Rushmore, the Coolidge-era sculpture which features the 60-foot faces of President Thomas Jefferson, Theodore Roosevelt, George Washington, and Abraham Lincoln. According to a 2018 interview with Noem, both struck up conversations about the sculpture in the Oval Office during their first meeting, where the governor initially thought that President Donald Trump was joking.

She stated, “I started laughing. He wasn’t laughing, so he was totally serious….He said, ‘Kristi, come on over here. Shake my hand, and so I shook his hand, and I said, ‘Mr. President, you should come to South Dakota sometime. We have Mount Rushmore.’ And he goes, ‘Do you know it’s my dream to have my face on Mount Rushmore?'”

Trump also played with the idea of adding himself to Mount Rushmore in 2017 during a campaign rally located in Youngstown, Ohio. During his speech on the 4th of July to supporters in South Dakota, Trump defended Mount Rushmore Monument for its history and purpose, saying that it will indeed stand forever as a tribute to our forefathers.” He added, “as we meet here tonight there is a growing danger that threatens every blessing our ancestors fought so hard for.” A White House official apparently noted to the New York time that Mount Rushmore was indeed a federal, not a State Monument.

This is Fake News by the failing @nytimes & bad ratings @CNN. Never suggested it although, based on all of the many things accomplished during the first 3 1/2 years, perhaps more than any other Presidency, sounds like a good idea to me! https://t.co/EHrA9yUsAw

President Trump responded to the allegations of him wanting his face on Mount Rushmore, saying ?this is fake news,? but quickly added, ?sounds like a good idea to me!? Mount Rushmore National Memorial is located in the Black Hills in Keystone, South Dakota, and was created by sculptor Gutzon Borglum. He oversaw the projects? execution from 1927 to 1941 with the help of his son Lincoln Borglum. The four presidents were apparently chosen to represent the nation’s growth, development, birth, and preservation. The Memorial Park covers 1,278 acres and the mountain has an elevation of 5,725 feet above sea level.

Watch: Melania Trump Statue in Slovenia Removed After Being Set on Fire