Menu
Follow us
Search
Menu
Search
ANTIOCH, TN - SEPTEMBER 24: Law enforcement continues their investigation around the Burnette Chapel Church of Christ on September 24, 2017 in Antioch, Tennessee. One person was killed and seven were wounded when a gunman opened fire in the church. (Photo by Joe Buglewicz/Getty Images)

A man charged with criminal homicide in the mass shooting at a Tennessee church had suicidal thoughts that prompting the filing of at least one police report by his family, according to NBC News.

More than two months before Sunday’s shooting, 25-year-old Emanuel K. Samson prompted a missing persons report after he texted his father to say, “Your phone is off, I have a gun to my head, have a nice f*cking life.”

Murfreesboro police searched for Samson, according to the police report, but it’s not clear how the incident was resolved.

Samson was also involved in a pair of domestic disputes this year, both of which ended in a visit from police. In January, Samson allegedly punched a television and blocked an ex-girlfriend from leaving the room after she told him she wished to break up with him, police reports say. In March, another report says, Samson summoned police to his residence after his ex-girlfriend arrived to argue and take back belongings.

No charges were filed in either incident.

Samson is in custody after allegedly opening fire on a Nashville-area church on Sunday, killing 39-year-old Melanie Smith and wounding seven others. Police say Samson confessed to the shooting, according to the Tennesseean. 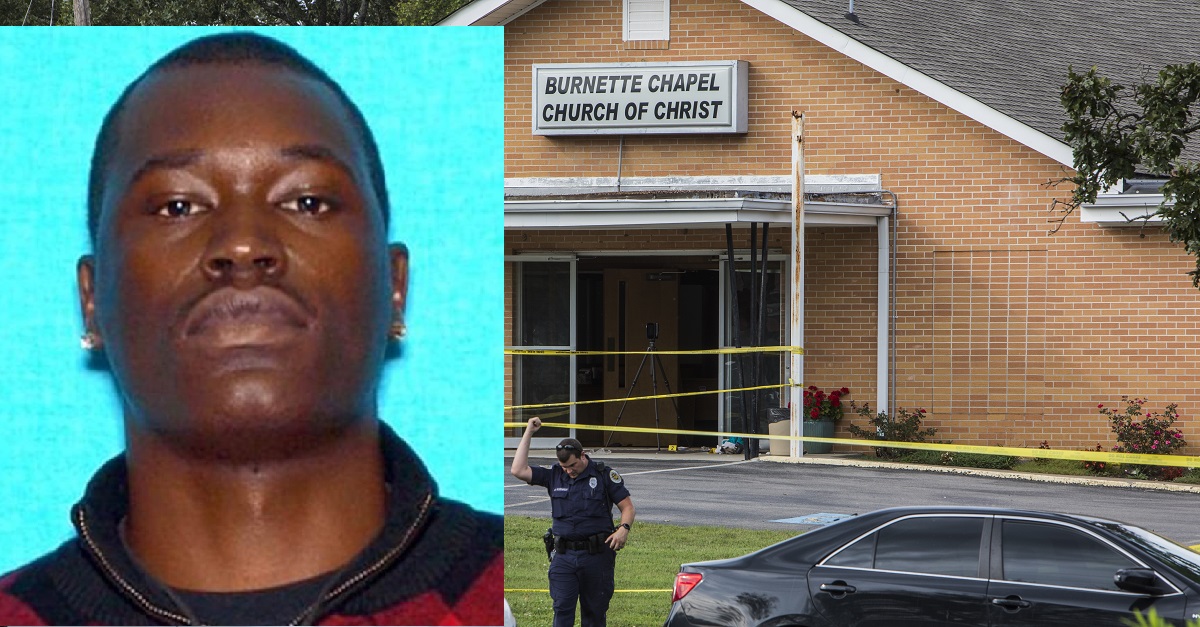