Menu
Follow us
Search
Menu
Search
File-This June 23, 2016, file photo shows Democratic presidential candidate Sen. Bernie Sanders, I-Vt., addressing supporters in New York. Sanders says he’ll try to block Senate consideration of a bill that would require nationwide labeling of food with genetically modified products, but with a less stringent labeling requirement than the one included in Vermont’s law. Individual senators can put a hold on legislation, blocking it from coming up for debate unless backers can muster 60 votes. The Vermont independent says he prepared to resort to that tactic. (AP Photo/Craig Ruttle, File)

You may not know it, but underneath the President Donald Trump and Kim Jong-un show and the bromance between Trump and Sen. Chuck Schumer, the Democratic Party is gearing up for the next presidential election.

Screw the 2018 midterms. They’re peanuts compared to the 2020 presidential election, a contest that will likely be just as ugly as last year’s slugfest.

As former Trump campaign operatives and super PACs gather information to cut down potential Democratic challengers, the Democratic Party is in the middle of an internal crisis between Hillary Clinton pragmatists and loud, progressive populists. Democrats do, however, have one thing going for them: Their party is overflowing with potential 2020 contenders. Many demonstrate the ability to attract a national spotlight and raise millions in campaign cash easily.

Sens. Kamala Harris, Sherrod Brown, Chris Murphy, Elizabeth Warren, Cory Booker, Amy Klobuchar, Kirsten Gillibrand, Reps. Seth Moulton and Tim Ryan, and former Vice President Joe Biden are all in the mix. CNN’s Chris Cillizza even throws former Secretary of State John Kerry into the equation, writing that “while I don’t expect Kerry to run, it’s not crazy that he would consider it.”

And then, of course, there’s Vermont Sen. Bernie Sanders, the man who confounded most people’s expectations last year when he ran against the Clinton juggernaut in the primary and captured more than 12 million votes. He may have lost, but that defeat was overshadowed by a giant victory for his progressive economic agenda.

That victory played out in the absolutely massive crowds he drew during his stump speeches; the emotionally positive reception he received during the 2016 Democratic National Convention and the leftward leaning tilt of the party’s platform. A devotion to clean energy production and consumption, steps towards the legalization of marijuana, a $15 nation minimum wage nationwide, and a more detailed emphasis on the human rights and dignity of Palestinians wouldn’t have progressed so far without the leverage Bernie accumulated.

The $64 million question is whether Sanders has one more run in him — or rather, if he ran, whether he could generate the excitement and revolutionary fervor of his first national campaign.

Bernie’s major foreign policy speech last week at Westminster College is at least a suggestion the Vermont senator wants to keep his options open.  He expounded on the virtues of diplomacy over the use of military force and pleaded for a less militarized, unilateral and selfish foreign policy doctrine.

Politicians usually don’t make a big deal about speaking engagements at college graduation ceremonies if they don’t want political reporters and the party apparatus to take notice. And take notice they did. The Nation called Bernie’s address “One of the Finest Speeches of His Career.”  Some may call that a gross exaggeration, but it nevertheless captures the feeling among liberals in the Democratic Party that the Vermonter can still pull on heartstrings.

RARE POV: Rand Paul and Bernie Sanders were the only two senators to oppose new sanctions on Russia, North Korea and Iran

A lot of liberal Americans would love to see Bernie carry his revolution into 2020. Once the 2018 midterms are over, Sanders has a decision to make. Will he take his revolution to the road and declare a second campaign for president, trying to resurrect the 2016 experience to a new level? Or will be come to the conclusion that the best way to elevate his priorities is through the less glamorous but still influential role of party powerbroker?

The first path will entail yet another long, grueling and expensive campaign that’s very likely to include a motley crew of other progressives vying for the nomination. The second is staying in the clubby environment of the U.S. Senate, working within party structure to push issues into the national consciousness while doing his almighty best to stump for candidates from the beaches of Florida to the small towns of Wisconsin. 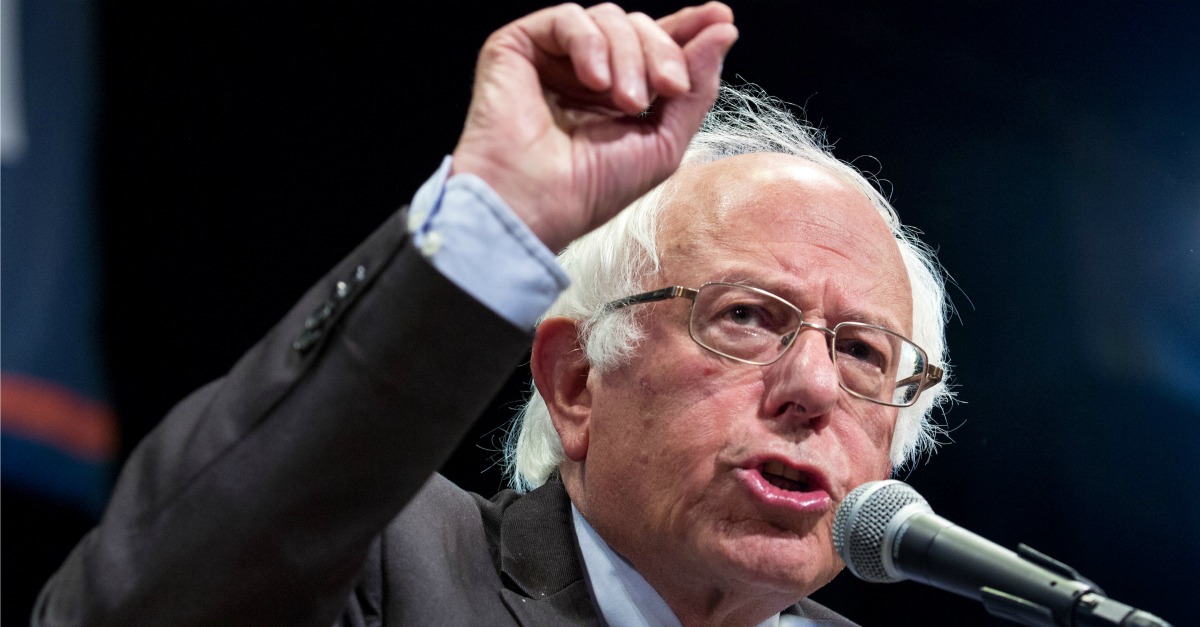