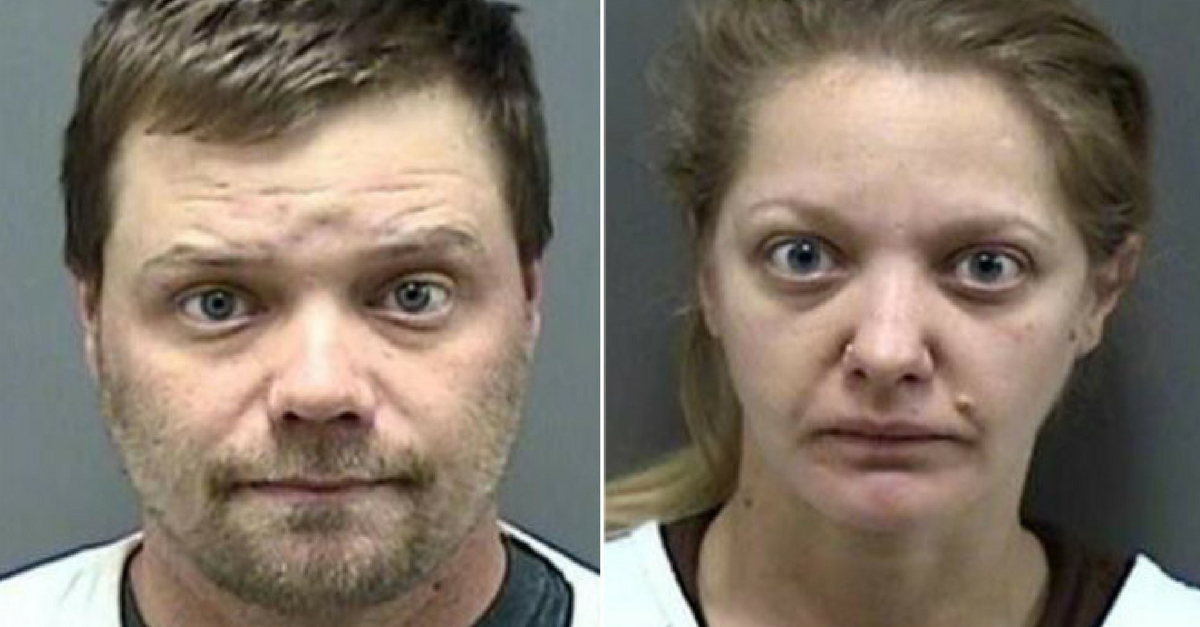 A Wisconsin couple is facing multiple charges after they returned home from a night out, stripped down to their birthday suits and tried to seduce their teenage babysitters.

Police received a call from a concerned mother on Sunday, who said her two teen daughters were babysitting for Crystal and Justin Robinson. According to the girls, the couple came home drunk, went into the bathroom for a few minutes and emerged later completely naked. One of the girls, who is just 15 years old, said the husband “sat down on her lap area while he was naked” at one point.

After offering the girl and her sister marijuana, the couple also allegedly invited the same girl to hop into bed with them, but she “believed that if she got into bed that Crystal and Justin would rape her.” The victims then texted their mother, who notified police immediately.

While searching the home, police officers discovered paraphernalia, marijuana and drug packaging materials in the home. Also present in the house were multiple firearms, including an AR-15, and several of them were loaded. The Robinsons were arrested on a slew of charges, including exposing intimate parts, child enticement, reckless endangering safety, possession of drug paraphernalia, possession with intent to deliver or manufacture THC and maintaining a drug trafficking place. They’re currently being held on $15,000 bond at Racine County Jail.

While Crystal reportedly admitted to selling THC, Justin “denied inviting the babysitter downstairs, agreed there would be no reason for her to lie, and stated he drank around 12-15 beers.” They’re both expected back in court later this month.

RELATED: Babysitter who longed for a child of her own crafted an elaborate scheme to get one