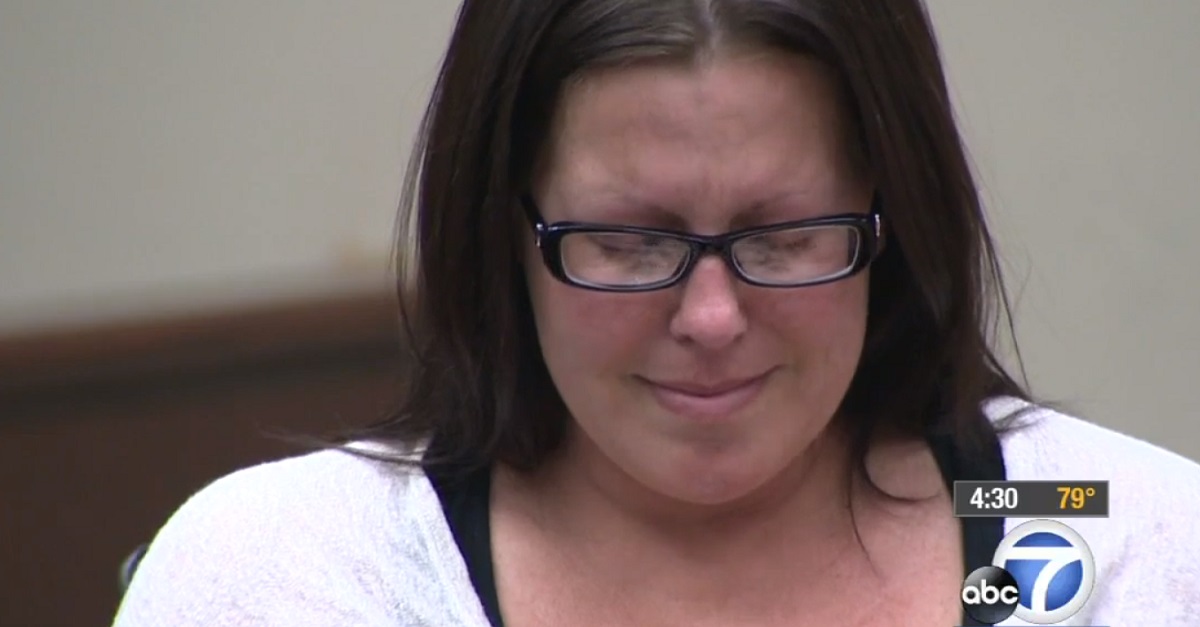 Former special education teacher, Summer Hansen, is going to jail after pleading guilty to 16 sex-related felonies with students aged 14 to 17.

The 31-year-old Hansen even offered her “lessons” to a student as a “prize” for playing well in a baseball game.

Hansen is lucky the victimized teens, who she met through Saturday school, were not her students. If they were special ed students, you can bet that she’d be getting more than three years in prison.

Even now, parents of the victims are outraged by the three-year sentence.

One said in open court that the sentence is a “slap on the wrist for this sexual predator” and a “a slap in the face for the victims and their families.”

“Teaching young impressionable children how to have sex in classrooms, in storage rooms, in cars, these are not the life skills I want my child to learn,” one mother said. “Three years is a slap on the wrist for this sexual predator. It is a slap in the face for the victims and their families.”

Because Hansen pleaded guilty on all counts rather than being found guilty by a jury she got off with three years. Otherwise, she would have faced 13 years in prison, ABC 7 reported.

Hansen maintains that she is not a monster.

“From the bottom of my heart, everything that I have, I’m not a monster. I made bad choices in life. For that, I am truly, truly sorry,” she said tearfully.

This was a very different approach to the one she took in July 2013 when this news originally came to light: “She’s adamant that she’s done nothing wrong.”

“Not just one kid, but multiple kids. That’s a plan. You’re making a plan and continue to do it. I think you are sorry for the last two years, but frankly you’re just sorry that you got caught,” she said.